Wow, you could watch the entire World Cup live on the plane. But as?

Wow, you could watch the entire World Cup live on the plane. But as? 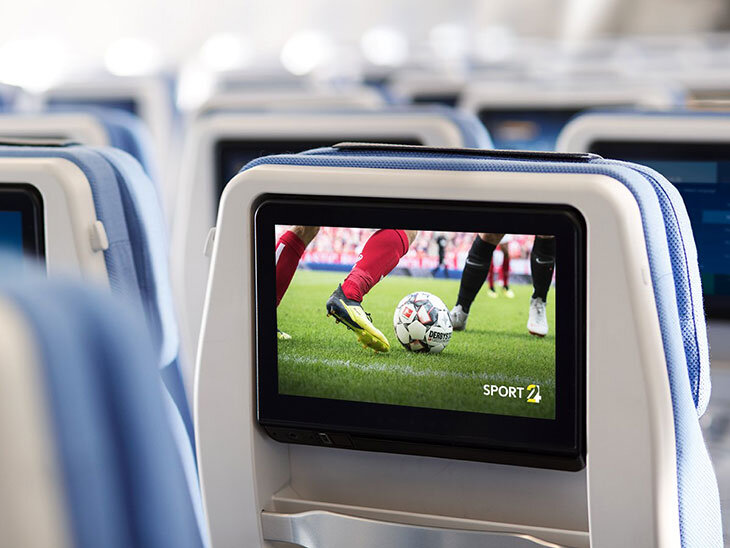 The World Championship in Qatar was remembered not only by the Best Final in History, but also by the attraction of Timur Zhuravel and five other bloggers from all over the world, who beat all the games of the tournament. Ok, how do you like this challenge – to watch the matches of the World Cup in the air, on board the plane?

The Sport 24 channel has been operating for 10 years – it continuously broadcasts sports matches in real time, works all over the world, but only in the air. And he showed all 64 matches of the Qatari World Cup.

Sports broadcasts on airplanes were thought about back in the 90s, but there was not enough technology. Helped by space satellites

The American Richard Wise is behind the Sport 24 project. He is now a senior vice president at IMG, and in the 1990s he started out as a manager for an air carrier company. They sold films, talk shows, and documentaries that passengers watched while flying. Wise loved sports and at some point thought – why don’t they show sports broadcasts on airplanes? Important: it was about live broadcasts, and not recordings of matches.

Wise studied the matter – it turned out that no one in the world broadcasts sports in the sky. Then he sketched the concept of the future project. The problem was in technology – how to stream broadcasts to hundreds of aircraft.

“The technology was very complex and expensive,” Wise told SportsPro Media. – It is necessary that satellites constantly give a signal around the world. Then you need to send a signal to the plane, which is flying at a speed of hundreds of miles per hour.

At some point, Wise joined the American consulting company IMG (they do everything in sports: from organizing events to mediating the sale of TV rights). Already together they began to cooperate with Boeing. They also tried to lay the Internet in the planes and created the company Connection by Boeing. For several years they have been testing different technologies – without success. In 2006, the project was closed. It seemed that the idea was never realized, but Panasonic came to Wise. It turns out that they dreamed of making television for aircraft and were not opposed to including a sports channel in the project.

For several years, Panasonic has been working on technology that will turn an airplane into a coffee shop, complete with fast, free internet and the ability to watch live broadcasts from the ground. 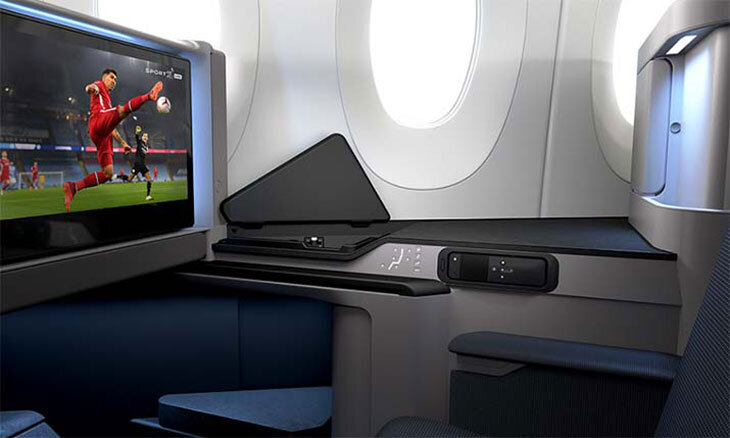 At the first stage (in April 2008), it became possible to send SMS messages from the aircraft and use the mobile Internet. To do this, a mini-station was placed on the plane, which received a signal from the satellite. Then Panasonic, together with Intelsat (the owner of 53 orbiting satellites), launched broadband Internet access during the flight. The next step is satellite TV. The method is the same: the signal from the ground is transmitted to the satellite, and then to the flying plane.

“We provide the technical solution, software, terrestrial infrastructure and satellite network,” Dominic Greene, Panasonic’s senior director of digital product management, explained to Yahoo Sport. “Thanks to this, we broadcast 24 hours a day, seven days a week.

We are the only provider in the world with such a service. We’re also investing a lot in fast switching between satellites so that the customer doesn’t lose signal when they switch from satellite to satellite.”

All top sports are now available on the plane. World Championships in the sky are watched by millions

In 2012, IMG and Panasonic launched the Sport 24 channel. It shows live sports 24 hours a day. The channel is broadcast during the flight directly to the on-board computers built into the passenger seats. Some companies (such as Emirates) broadcast Sport 24 in first and business class lounges.

Their first sports tournament was the 2012 Australian Open tennis final. The company has grown: by 2022, Sport 24 broadcasts all elite football, NBA, NFL, NHL, Wimbledon, MotoGP, Rugby World Cup, golf, cricket, showed the Beijing Olympics. It is important to understand that this is exactly one channel that shows only one thing directly – rather the Match TV model than Okko. There is so much content that in 2016 they launched the Sport 24 Extra channel – there are slightly less status matches.

In September, IMG reached an agreement to broadcast the 2022 World Cup. Almost all matches were shown live on Sport 24, and replays and highlights were shown on Sport 24 Extra. This is the third FIFA World Cup on Sport 24: the Brazilian one gathered 1.4 million viewers, the Russian one – 2.7 (there are no figures for Qatari yet, but they are definitely even more impressive).

About a dozen airlines (Lufthansa, Emirates, Turkish Airlines and others) and more than 1,000 aircraft have connected Sport 24. One of the leaders is Qatar Airways. She connected Sport 24 for 200 boards (so that the guests of Qatar could see the home World Cup). The airline pays a subscription for each aircraft.

And why do airlines spend money on Sport 24? The obvious answer is that they expect the client to choose a plane on which they can watch their favorite sport. And it works.

• BBC Global News and consulting company MTM researched the consumer behavior of airline customers. 62% of respondents said they would rather take a flight with live sports coverage than without it. The numbers rose to 78% for business class and 89% for first class passengers.

• Passengers are willing to pay for such a service: more than half of the respondents agree to add 5% above the standard fare, and a third is ready even for +20%. 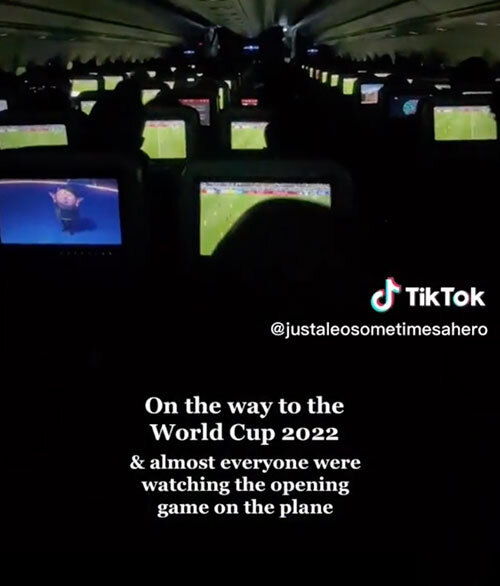 • IMG doesn’t often release exact numbers, but it’s clear even from the rare data that the sport is in demand among passengers. During the 2018 World Cup, half of American Airlines passengers watched matches from Russia.

• In 2014 (yes, not very fresh) Panasonic reported that 90% of passengers who watch satellite TV in flight stick to Sport 24 (here we are talking only about passengers of companies with Panasonic equipment).

“We know that when buying a plane ticket, it is important for people to make sure that they will watch matches of their favorite team or sports tournament on the flight,” says Wise of the American association APEX. “Live sports are still important to many.”

In another interview, Wise revealed a curious detail. It turns out that some airlines were afraid to connect Sport 24: if the client’s favorite team loses during the flight, he may have a negative association with the carrier.

Sports leagues and tournaments are also interested. In addition to money from IMG, they get a chance to expand their audience.

The feature of Sport 24 is that it always shows live. And if an important match of the Rugby World Cup is taking place right now, then they show exactly it – and no passing NBA match or the sixth round of the Champions League. There is no breakdown by geography either, the channel is international, so the American will have to watch the final of an important cricket tournament, and not the NFL regular season. Passengers are at least sometimes forced to watch sports that they don’t see in everyday life – because it’s boring or there is no paid subscription. And then there is a chance that the viewer will get carried away and continue to follow this sport after landing.

“We introduce people to new sports,” Wise muses. – How many Germans flying Lufthansa regularly watch cricket? We provide such an opportunity.”

The leagues seem to be happy. The NFL initially signed on to broadcast a few dozen games per season, but upgraded the deal in 2019 to include the preseason, the entire regular season, the playoffs, and the Super Bowl.

By the way, what about intellectual rights?

IMG solved the problem of TV rights: Broadcasters have no claims, and leagues earn more

“Back in the early 2000s, I started talking to rights holders to get their opinion on the future of the channel,” continues Wise. – Later, international media rights appeared, they are valid for air travel. They are separate from existing deals with national broadcasters. Simply put, we can fly over countries and show broadcasts.

The in-flight entertainment model was already created by the film industry, we borrowed the business model.” 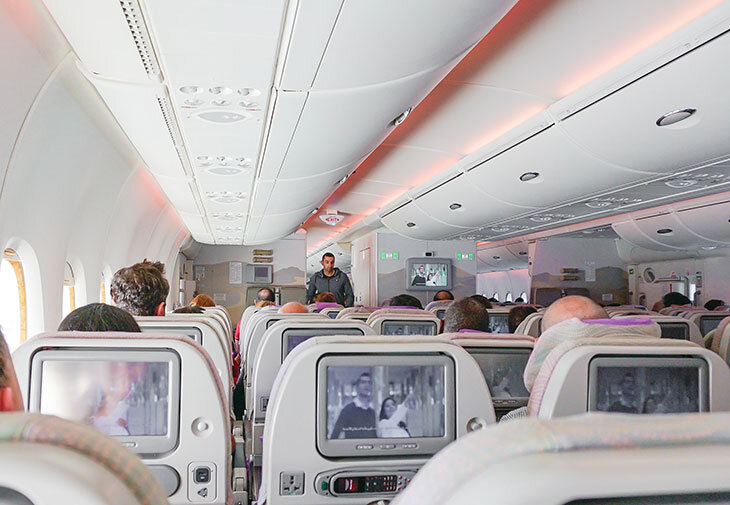 The format is really similar to the purchase of films by an airline. The company contacts the copyright holder – the studio (or sports league) – and buys the rights to films (matches). Copyright holders easily make a deal, because this is additional income and audience expansion. Sport 24 does not disclose the amounts paid to the leagues, but in film studios, airlines make a decent amount of money: the price of a license for a popular film can reach $100,000.

IMG is only growing: a third channel will be launched soon, plans are to broadcast sports directly to gadgets

The Sport 24 channel is just one of IMG’s portfolio of projects. But by 2023, it is turning into one of the most successful.

New airlines are constantly joining the channel. This is logical, because the technology of streaming broadcasting via satellite is becoming more accessible and cheaper. In 2021, Panasonic and IMG entered into a new agreement, according to which airlines that use non-Panasonic technologies can also connect the Sport 24.

In the near future, IMG plans to launch a third channel. A little in the more distant future – penetration directly into the gadgets of passengers. 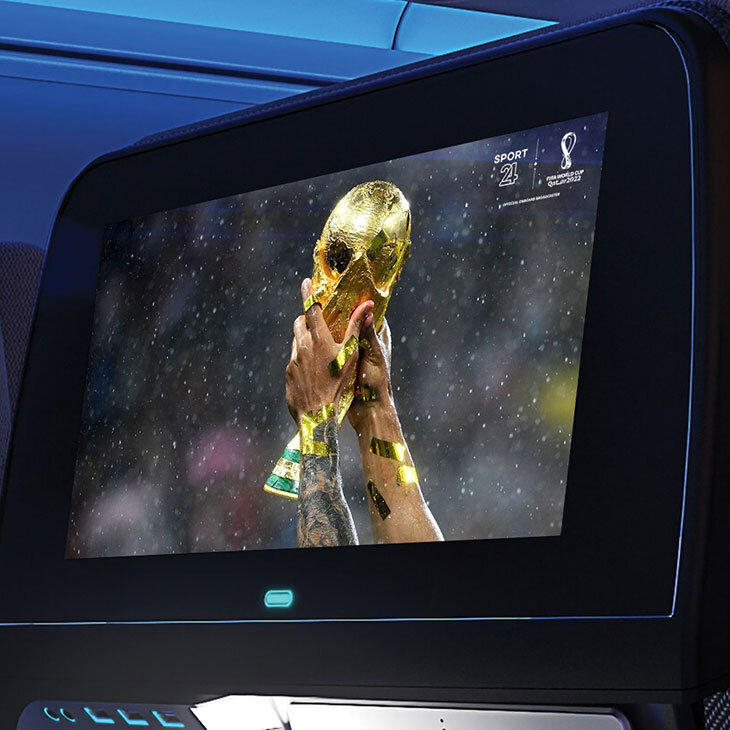 The company has a lot of TV rights, but only two sports channels – it is physically impossible to accommodate even a quarter of the best live shows. The third channel will slightly improve the situation, but there are more TV rights in the Sport 24 catalog. Therefore, IMG is developing a mobile application: it will only work on the aircraft of an airline connected to IMG. Inside – all broadcasts, without restrictions. The application already has a working title – “Heavenly OTT”.

It seems that Timur will have a new challenge for the 2026 World Cup.