Will Loko save the Galactions? What to expect from Berdyev? Karpin and Fedotov will overcome stagnation? The main intrigues of the RPL

Will Loko save the Galactions? What to expect from Berdyev? Karpin and Fedotov will overcome stagnation? The main intrigues of the RPL

The Russian Championship is gradually coming out of vacation: players undergo medical examinations and go to training camps, pre-season tournaments and a long period of preparation for the second part of the RPL are ahead.

The first part of the season has become one of the brightest and most productive in the last 10-15 years. A lot of interesting things also happened in the teams before the spring segment: Lokomotiv, Sochi, Krasnodar and Pari NN appointed systematic and stylish coaches, Slavisa Jokanovic will hold a full-fledged training camp and can breathe attacking style into Dynamo, Vladimir Fedotov and Valery Karpin needs to deal with the stagnation of the last rounds and make the teams more diverse, Igor Osinkin is forced to rebuild the Krylia attack, Zenit cunningly got out of the situation with Yuri Alberto, and Spartak went to the training camp without Quincy Promes.

Ilya Vasiliev figured out the main intrigues of the offseason.

How will Galaktionov balance the troubled Lokomotiv?

Lokomotiv spent the first part of the season ineptly: they were 11th in terms of xG they created, excluding penalties, 12th in terms of allowed danger from the game and expected points, 14th in terms of points scored. 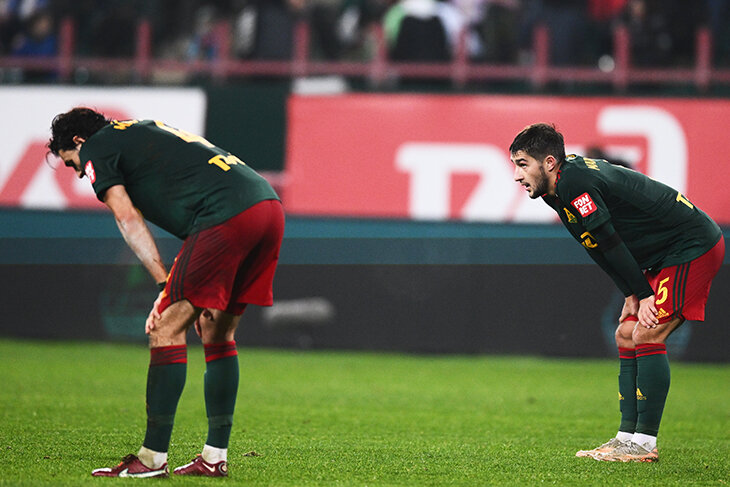 The management of Muscovites is active in the transfer market: they appointed Mikhail Galaktionov as head coach and signed Maxim Glushenkov, Sergey Pinyaev and Ilya Lantratov. Everyone can strengthen problematic positions, but newcomers do not guarantee the stability of the squad: Tin Edvay is already in the UAE (in Lokomotiv there is a big problem with central defenders), and Francois Camano and Wilson Isidor are questionable (Pinyaev’s main competitors), but they are going to the first training camp ” Loco.

The key intrigue of the off-season is what Galaktionov will do with a heterogeneous lineup. The coach will have to rebuild the team after the difficult and useless settings of the German coaching staff.

Firstly, the competition among goalkeepers has become fierce: Daniil Khudyakov is already one of the most modern RPL keepers (but did not always pull), Guilherme is a legend and can still be the first number (also plays in a progressive style), and Ilya Lantratov is the top lines, but acts in a simplistic manner and starts attacks weakly.

Secondly, I wonder how Galaktionov will fix the defense. Loko pressed terribly, weakly defended and brought chances. One of the obvious problems is the high line, which was actively supported by the central defenders, because of which the Muscovites constantly got fast breaks. Galaktionov can transfer Loko to the top three or keep the more familiar option with two defenders, but the main options need to be improved: Nair Tiknizyan had a mediocre autumn, Maxim Nenakhov and Dmitry Zhivoglyadov are unstable, Ivan Kuzmichev did not impress under Compper and Zinnbauer, Mark Mampassi is one of the main failures of recent years, Lucas Fasson will soon return to the general group after breaking the crosses, and Stanislav Magkeev and Dmitry Barinov were used in several positions.

Offensive is a little easier. Anton Miranchuk is a great promotional option, Maxim Glushenkov will certainly be on the edge, Girano Kerk can play on the right, Rifat Zhemaletdinov will return soon. The situation on the left is more complicated: Sergey Pinyaev played in more specific conditions, played wide, and Gorshkov connected through half-flanks, which may cause problems with adaptation when switching to 3-4-3 or during the connection with Tiknizyan (more often he played on the edge ).

The appointment of Vadim Garanin was very intriguing and seemed like an interesting step after the top work of Vladimir Fedotov. In the silver season, Sochi was second only to Zenit in terms of the quality of the game with the ball and positional attack. Fedotov built a diverse team: the central defenders started attacks well, Chris Noboa created, Artur Yusupov gave the best stretch of his career in the inside position, the laterals rose high, and Mateo Cassierra fit perfectly into the center of attack. Sochi Garanin built more complex and bold football, but the coaching staff did not gain authority within the team, although many matches were still pleasantly surprising.