Why points are taken in the top leagues: Calciopoli, Portsmouth bankruptcy, Middlesbrough’s no-show and fan fights

Why points are taken in the top leagues: Calciopoli, Portsmouth bankruptcy, Middlesbrough’s no-show and fan fights

Juventus are not alone.

One of the main stories of the week: 15 points were deducted from Juventus for fraud with income. The club fell from third place in the table to 10th, and this is not the first such case in the top league.

Let’s take a look at the most famous. Let’s take 1992 as the starting point, the year the Premier League was founded. 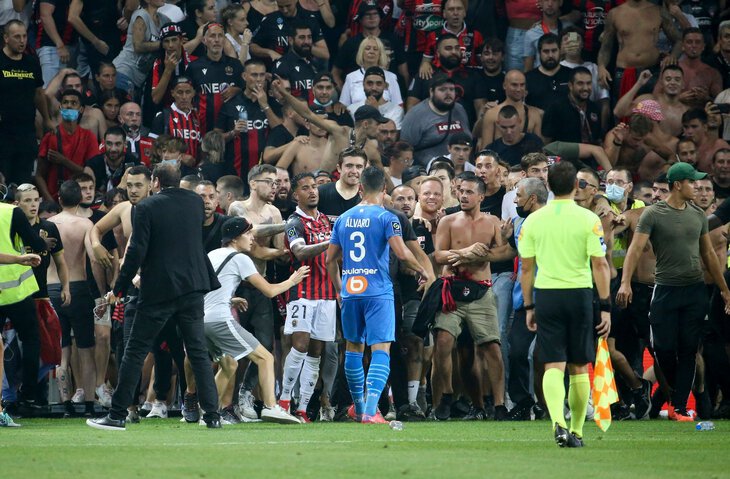 What happened. Last season, French football was overwhelmed by fan riots. One point was deducted from Nice and Lyon – it is interesting that the fans of both teams raged in the matches against Marseille.

For Marseille, the punishment for the fan massacre  seemed too lenient: “The club regrets that the invasion of the field, which endangered the safety and health of the players, is not punished more severely.”

What ended. As a result, even the deprivation of one point was enough for Nice to go to the qualification of the Conference League instead of the group stage of the Europa League.

But things are even worse for Saint-Étienne, who were relegated from Ligue 1 at the end of that season and upset the fans so much that they started in Ligue 2 with minus 6 points (3 conditionally). There is a risk that one of the most titled clubs in France will be relegated to the third division: after 19 rounds, Saint-Etienne is in 18th place.

What happened. In English football, teams are often deprived of a substantial number of points – most often this is due to financial problems and the transition to external management. Last season alone, 12 points were taken away from Derby ( this cost Wayne Rooney’s team relegation ) and 6 points from Reading (the club finished in a saving 21st place).

The most famous cases over the past 15 years: Leeds were taken away 15 points, Wigan and Bolton – 12 each, Crystal Palace, Bournemouth, Southampton – 10 each, Birmingham – 9.

But all this in the Championship and lower leagues. In the Premier League, this happened for the last time in 2010 , when Portsmouth became the first bankrupt club in the history of the Premier League during the season.

What ended.  Portsmouth were deducted 9 points. However, the club would have taken the last place in the table without it. In the same season, the team reached the FA Cup final against Chelsea, but instead of European competition, they flew down.

In the 2011/12 season, Portsmouth were deducted 9 points already in the Championship, and in 2013 the team lost 10 points in the third division and crashed into the fourth. Now things are getting better for the two-time champions of England – the club has returned to the third league and is located in the middle of the table.

What happened. The famous Serie A and Serie B corruption scandal. The wiretaps revealed a close connection between referees and club leaders. The teams were accused of buying games and colluding.

What ended. Juve suffered the most then – the club was deprived of the titles of 2005 and 2006, removed all points in the 2005/06 season and sent to Serie B. There the team started with minus 9 points, but this did not stop them from Buffonne, Del Piero , Nedved and Trezeguet in the squad to return to Serie A.

The rest were more fortunate, although the punishments were also severe. And initially the measures were more serious, but after all the appeals it turned out like this:

The case when the minimum punishment turned out to be the most painful. On the eve of the match against Blackburn, due to injuries and the flu, Middlesbrough lost 23 players. The training was attended by 17 people (among them – 3 goalkeepers and 5 backups).

“I never experienced anything like this,” Viv Anderson said in his autobiography. “The virus knocked us down like bowling pins. Both Robson and I got sick, as did many of the club’s staff.“

The club doctor doubted whether the remaining players would be healthy on match day and Middlesbrough director Keith Lamb called the Premier League asking for a rescheduling. Her bosses – Rick Perry and Mike Foster – were not in the office, and the employee who answered the phone said that it was enough to provide medical evidence for the transfer.

Lamb told the press about the postponement, but soon learned that an inconsistent date change resulted in a 3-point penalty. That’s how much Middlesbrough lacked to get out of the relegation zone.

“In training before the match, we played 8 on 8,” admitted Clayton Blackmore. – All the leaders participated – Ravanelli, Emerson and Juninho. To be honest, the composition was quite recruited.

Bryan Robson retorted in his memoirs: “We have almost no defenders left. Blackburn rejected the transfer, but it would be disrespectful to the fans to field the guys I had left. I suspected that we would be punished, but if I knew that they would deduct three points, I would have released juniors and a washerwoman.