Venus Williams is eternal – has been on the tour for 29 years. And she was a star at 14

Venus Williams is eternal – has been on the tour for 29 years. And she was a star at 14

Last week in Auckland, Venus Williams returned to the tour and won the first match since Wimbledon 2021. She became only the third tennis player in the 21st century to win the WTA level after she turned 42 (before her, Kimiko Date and Martina Navratilova did it). 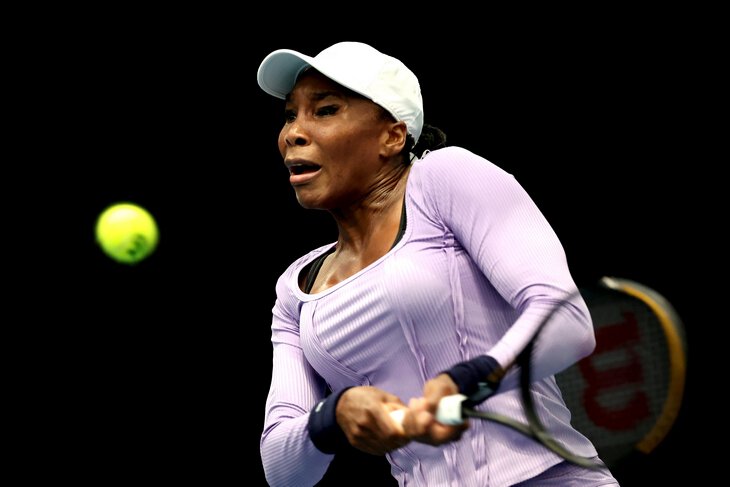 Venus has been in professional tennis for almost an eternity. She played her first full season in 1997 and ended it with the US Open final.

After that, Williams Sr. became one of the greatest tennis players of our time: she won seven Grand Slams (five times Wimbledon and twice the US Open) and 49 tournaments in general, and also visited the first racket of the world (although only 11 weeks – only three No. 1 occupied this position less).

From a social point of view, Venus also played an important historical role – for example, it was her open letter that became the final blow to the women’s struggle for equal prize money at the Grand Slams.

And although the American career began in a big way in 1997, she won the first match in the WTA in general in 1994.

Then she was only 14. But there was almost more attention to her than to any other tennis player.

At the first tournament, she was a lioness, served 185 km/h, but did not know that she had to sit in transitions 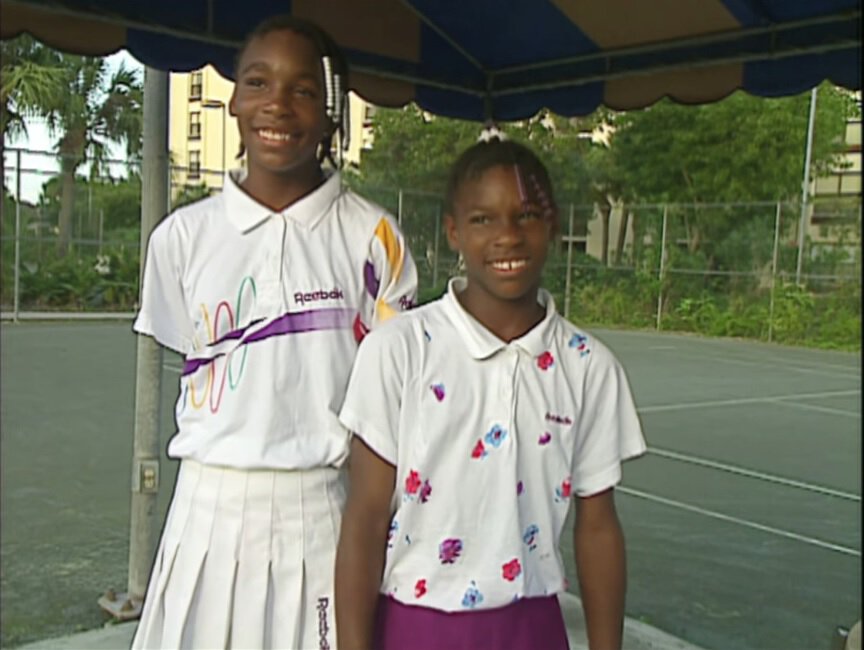 When Venus was 12 years old and Serena was 11, they made a story about them in the Trans World Sport program. In an interview, the first thing they asked was what they wanted to be, and Venus replied, “Tennis player. And also an archaeologist. I am most interested in the bones of dinosaurs, and then in the civilization of India.

Then they already trained at the Rick Macy Academy and did not compete in junior tournaments. Their father decided to abandon this practice, because he believed that many girls begin to seriously cut too early. Also, “it’s too hard on the family, it’s tearing the family apart.” Therefore, instead of tournaments, the sisters trained with the strongest boys.

And two years later, Venus went to the first professional tournament. By the way, also in Auckland – however, not New Zealand, but California. 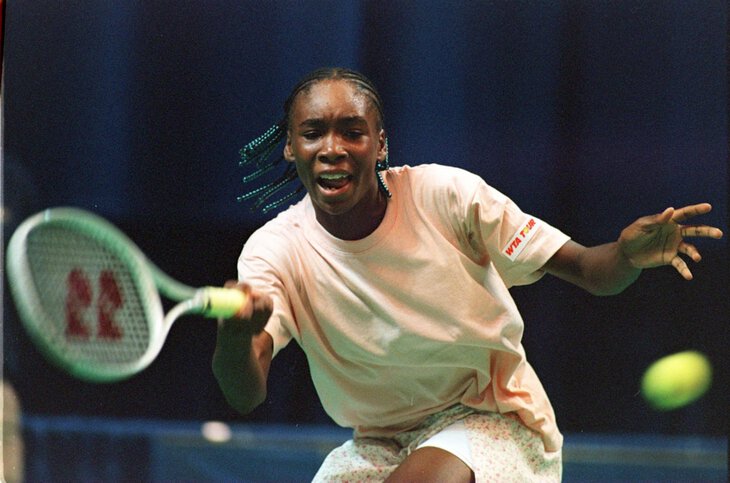 By that time, many already knew about the miracle sisters, because their father constantly promoted them and told them how great they would become. In an interview with Trans World Sport, he even stated that Serena plays tennis better than any man. This, of course, turned out to be a mistake .

But in general, the mystery surrounding them only added to the interest. For example, in 1993, only 24 journalists were accredited to the tournament, and in the year of Venus’s debut, there were already 252, including film crews from several television channels broadcasting throughout the United States. And about 300 people came to the first training session of 14-year-old Williams. According to her coach Rick Macy, she played better than ever in this environment: “It felt like a lioness was sitting in a cage, and then she was released.”

In the first round, Venus got into the 59th racket of the world, Shoan Stafford, who advanced to the fourth round of Roland Garros that season. And she won due to powerful blows and filing at a speed of 185 km / h. Many experts noted that her game is impressive, but not yet polished.

However, what betrayed her lack of experience most of all was that she did not sit down during the side switching – because she was forbidden to sit in training. So at the match, she just jumped next to the chair allocated to her. 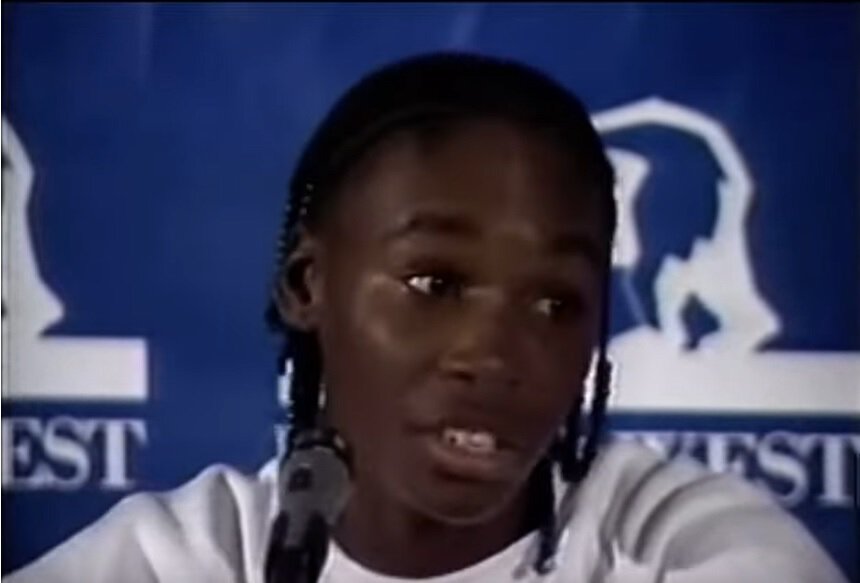 After the match, smiling Venus shared her feelings: “I was surprised that I wasn’t nervous at all, didn’t twitch, didn’t scream or yell. But the game did not surprise me, because I know that I can play and no one will stop me.

But they stopped her already in the next round – this was done by the second racket of the world, Aranta Sanchez-Vicario, and with great difficulty. The Spaniard was losing 2:6, 1:3, but when Venus led with a break, Sanchez-Vicario took a long toilet break. After him, she finished the match with a series of 11 games won in a row – and eventually took the singles and doubles titles in Auckland.

It was such a momentous episode that it was even featured in the film King Richard about the father of the Williams sisters. But Sanchez-Vicario says it’s all fiction:

“I couldn’t leave the court at 1-3 because it’s illegal after even games – for that matter, I would have left at 2-3. Plus, the toilet break is limited in time. I would have been punished if I had lingered. But that’s the only way to make a film worthwhile.

<…> The film would not have been so successful if they had not shown everything like that. This is Hollywood.” 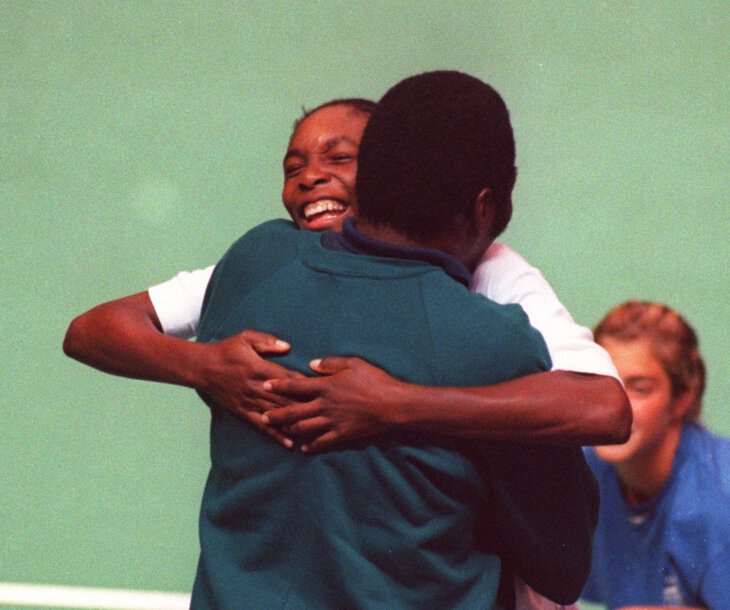 In that match, Venus impressed so much that both Nike and Reebok got in touch that same evening with sponsorship offers. A few months later, she became the face of Reebok, and the new contract, signed after big wins, was for some time the biggest in the history of women’s sports. 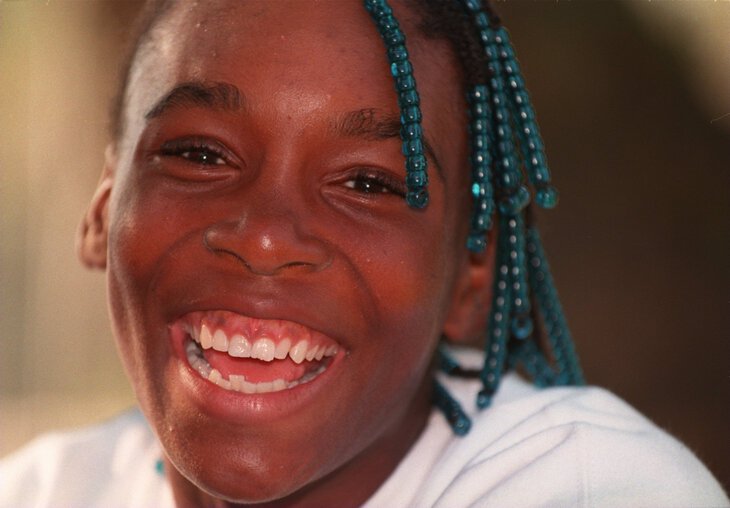 In 1994, Williams did not play in the WTA anymore, and in the next two seasons she played eight tournaments and was eliminated in the first round in six. But on the remaining two, she defeated an opponent from the top 20 for the first time and met with the great Steffi Graf.

And in 1997, she already played a full season, reached the final of the US Open and finished the year 22nd in the world. 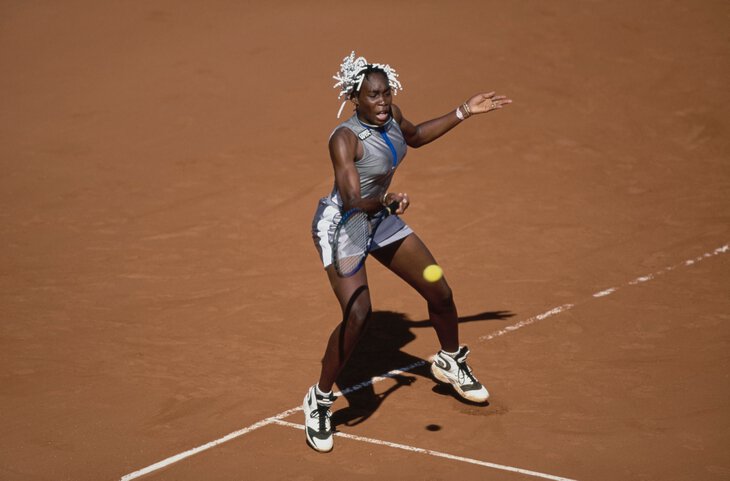 Now Venus is 42, her younger sister has already completed her career, but she, it seems, is not going to. At least in the off-season, she said, “I love tennis and would love to play more.”