Took a photo with Suga from BTS, had a snack with Westbrook, gave two overtimes with cool threes – Luka Doncic defeated LeBron beautifully

Took a photo with Suga from BTS, had a snack with Westbrook, gave two overtimes with cool threes – Luka Doncic defeated LeBron beautifully

LeBron James has been nicknamed “The King” for a reason – his reign is indeed longer than that of other superstars. But two weeks ago, LeBron turned 38. With each season, the talk of a successor is getting louder.

And it is unlikely that anyone has ever been better suited for this role than Luka Doncic – only the defender of Dallas is comparable to James both in terms of charisma, popularity, and level of play in the first seasons of the NBA (his first figurine MVP LeBron took at 24; Doncic will have just that much in February – and right now he is a favorite with the bookmakers for the award along with Jokic). 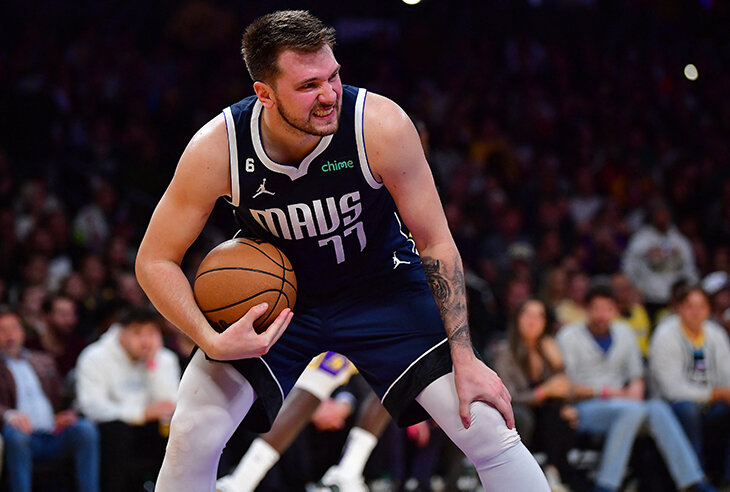 Today, LeBron and Doncic had their second meeting of the current season, after the match at Christmas.Less than a month has passed, and both teams are already looking much more confident: Dallas is not eighth in the West, but fourth, the Lakers are on the same line 13, but already with solid claims to the play-in zone.

After his birthday, James gave a generally crazy segment for a basketball player of any age:over 5 games, he averages 35 points, 10 rebounds, 8 assists.And four of those five games were won by the Lakers, who had a solid run ahead of the return of Anthony Davis; the only loss in this stretch is the match in Denver, which LeBron missed.

But the fifth match of the 38-year-old LeBron still ended in defeat, although he himself spent 46 (!) Minutes on the floor.

During these 46 minutes, the King missed all 7 three-pointers. And the contender for the throne simply did not let his team lose.

Luka was even better prepared for the new show against the Lakers than he was on Christmas Day, when he arrived at the game in a retro car, wearing a cowboy hat, boots and tie . Today, the Slovenian began to bask in the glory even before the match, posing for a photo with the idol of youth rapper Suga from the Korean group BTS.

(in the weeks after the football World Cup, which was won by a representative of their main competitor, Nike began to actively conduct promotional campaigns with the help of its ambassadors, including such promotions at NBA matches – either Mbappe will come to the Brooklyn game to visit Durant , or here is the brand ambassador Suga will be noted at the match between LeBron and Doncic)

During the game, Doncic had no time for social events, because the Lakers did not let the opponent go, even losing 15 points at the beginning of the third quarter. Westbrook’s already habitually aggressive exits from the bench (he has the best +/- in the second half) did not always bring points, but kept the Los Angeles team on their toes.

Westbrook’s aggression also escalated into a direct confrontation with Luka, when the Lakers player brutally shouldered the Slovenian in the fight for the ball, after which Doncic decided to express dissatisfaction. It didn’t come to physical contact, they reconciled instantly, but the tension of an interesting game was confirmed:

True, this moment was “provoked” by Luke himself. After all, it happened in overtime, and overtime is the merit of Doncic. A few seconds before the end of regular time, he had already collected a triple-double (27 + 11 + 10), but by this minute the Lakers had not only caught up with the opponent, but also led by three points.