The new leader of biathlon is a French carpenter. She planes logs and creates unique furniture

The new leader of biathlon is a French carpenter. She planes logs and creates unique furniture

Julia Simon is the breakthrough of the season.

The yellow jersey of the leader, three personal victories and a series of seven podiums in a row is cool for a biathlete who, until this year, hardly shone among the leaders. 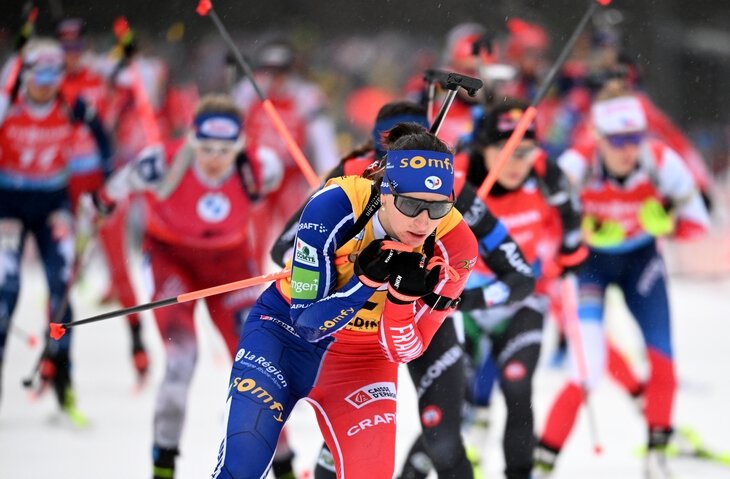 A sudden take-off happened at the age of 26, when the Olympics and three world championships were already behind him in the role of the middle peasant. In the Russian team, this happens often (this season, for example, Elizaveta Kaplina broke through at the same age ), but for the world – an atypical story. Moreover, Simone has a powerful team behind her – Chloe and Anais Chevalier, as well as  Lou Jeanmonnot , are having a great season and are close to the top 10 in the overall standings.

Although the French women lost their leader after the Olympics – Justine Brezaz-Boucher misses the season due to pregnancy – and gained a coach without biathlon experience.

The key to Julia’s success is her amazing shooting statistics: in the first two stages of the World Cup, she did not miss a single prone prone. 100% hit after over 100 shots is an achievement that will go down in history.

Of course, it couldn’t always be like this, but even now the Frenchwoman gets prone in 98% of cases. It is very serious. Standing things are a little worse (85%), but in the ski course Simon has noticeably improved even compared to the first weeks of December. I started with strong middle peasants, and now I am one of the leaders.

Since this season, the French women have been coached by Cyril Bourdet , the former chief of the elite ski sprinter Richard Jouve .Until now, he has not worked in biathlon, but Juva last year led to the sprint Globe (and this is with Klebo alive!) And the Olympic medal in the relay. It is difficult not to draw a parallel with Yuri Kaminsky, another ski sprint coach, but in the Russian national team. 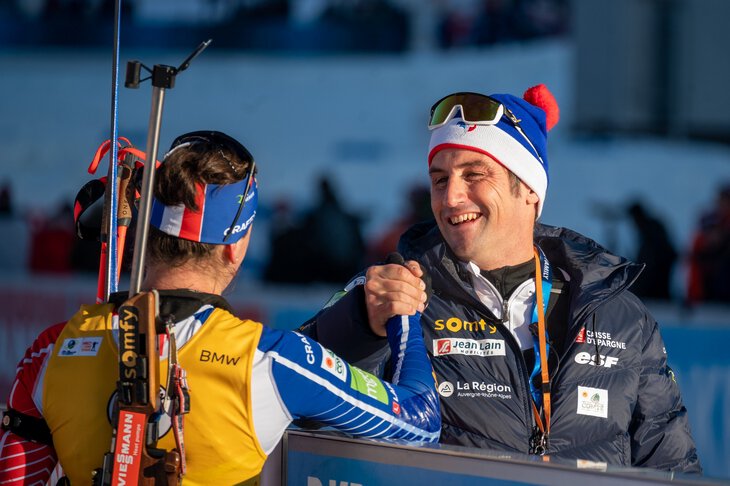 True, Bourdet has a little more experience in biathlon: in the late 90s, he was a member of the French junior team for a couple of years. And the 1996 Olympic champion in shooting , Jean Pierre Amat, who returned to his homeland from the Chinese team, helps him.

“The main goal of our work with Julia was to find a relaxation phase,” Bourdet said. “She was already well prepared physically, but I wanted her movements to become more relaxed and economical. Then she can spend less energy, but go just as fast. I’m happy with what I see in the first half of the season, but it’s still far from the peak. Julia will progress.

What a coincidence: Simone won the first race on the same day that Fourcade won the last

Simone herself is most happy not even with the yellow jersey, but with finally found stability. Until this season, she was not enough, although Simon managed to take silver in the mixed relay at the 2022 Games. 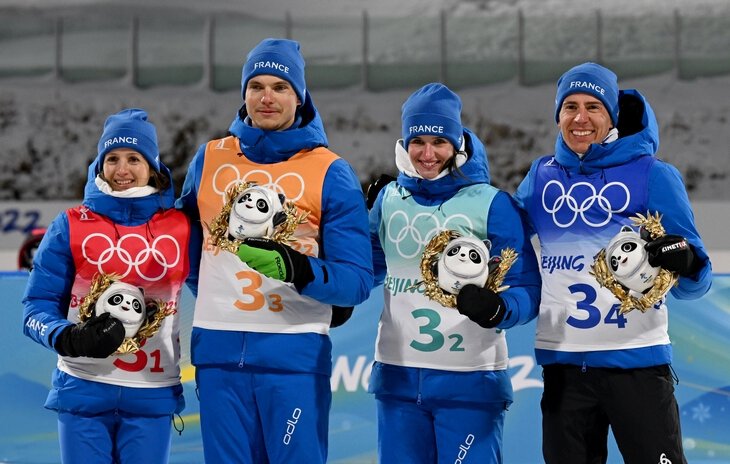 “The more races there are, the more I start dreaming about the Globe,” Simon admits. – I am proud to wear a yellow bib, I appreciate every point, but I understand that the main struggle is still ahead. The World Championship will be especially important (February 8-19 in Oberhof ). You can’t get too carried away now, it’s only January.

Simon calls Martin Fourcade an idol, and it could hardly be otherwise in French biathlon.It is symbolic that Julia won the first World Cup victory in her career exactly on the day when Fourcade held the last race – March 14, 2020 in Kontiolahti.Is it necessary to say that the success of the Frenchwoman against the backdrop of the last victory and Fourcade’s touching farewell letter did not have any resonance at that time?

“Perhaps I would suffer if I continued my career.” Fourcade’s confession about the hardest decision in life

But Simon is not offended: “No matter how well women perform, men’s biathlon in France is still more popular.”

“I was always attracted to work with wood, although there were no carpenters in the family”

Julia was born 3.5 years after the last French Winter Olympics – in Albertville 1992 – in those very places. The province of Savua, abandoned in the massifs of the Alps, is a mecca for winter sports. From the age of two, Simone was skiing (and this is not extremely early, but normal for these places), from the age of three she went down the slopes. Her father, a farmer and part-time caretaker of the slopes, became her first coach.

Most of the children immediately preferred more dynamic and prestigious alpine skiing, but Julia first combined both types, and then opted for flat skiing.

“I did both at the club, but in cross-country skiing I was hooked by the atmosphere,” Simon explained. – There was much more camaraderie, everyone helped each other. I liked being alone in nature. At about 8 years old, I gave up skiing.

From the age of 16, Simone took a rifle and began to train at the Les Saisies club – the best in France, Justine Brezaz-Boucher is also attached to it. Then there were performances at junior tournaments, a debut at the World Cup, a reserve at the 2018 Games in Pyeongchang …

Simon has an amazing hobby – woodworking. Moreover, this is not just a hobby, but most likely a future specialty. Julia received a bachelor’s degree in science and technology management, and then continued her studies in carpentry. I listened to lectures on the Internet, and handed in the work after the season.

“I am very grateful to the teachers that they were able to adapt the program to take into account my constant trips,” Simon said. – I have always been attracted to working with wood, although there were no carpenters or cabinetmakers in my family. But his father let me help him when he did something around the house. I think that’s where my passion came from.