The most talented striker since Alexander Kokorin is growing up in Lokomotiv. Vadim Rakov, who turned 18 on January 9, shone in 2022. At the beginning of the year, he received the Golden Ball (so far from the Moscow Football Federation), in May he set an absolute record for goals in UFL-2 (a league for players under 18), scoring a crazy 36 goals in 25 matches for the 2021/22 season. At the end of June, he scored for the basis of Loko in a freight train against Veles, and in August he made his debut in the official game – he came out in the fifth round of the RPL against Krylya Sovetov. Rakov became the first player born in 2005 to appear on the field in the championship. 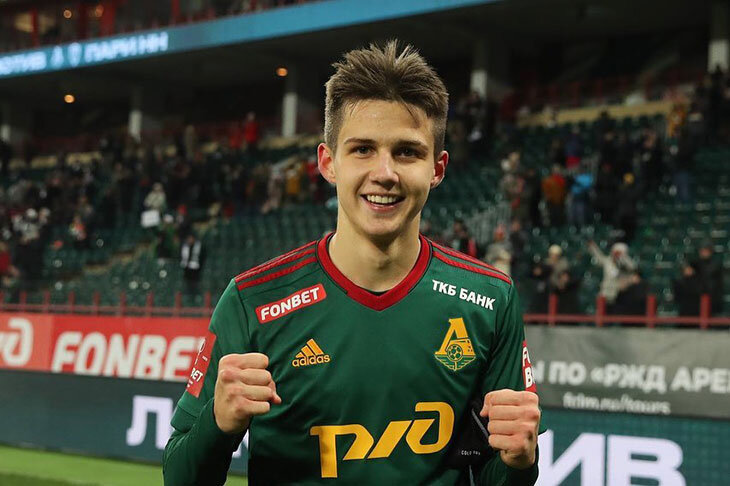 Against the background of the disastrous autumn results, Loko had no time for the young forward (he received only 19 minutes in the RPL). But Vadim continued his scoring exploits in the M-League (8 goals in 10 matches, U-21 league), stepping over the UFL-1, where players under 19 play.

Before the winter break, the new head coach of Loko, Mikhail Galaktionov, let Rakov out as a substitute in both cup matches: 26 minutes with Krasnodar and 12 with Pari NN. A logical continuation of the rise should be a permanent place in the clip and the first adult goals in official matches.

Or maybe Rakov will aim at the status of the main discovery of the second part of the season?

He was the best defender in Voronezh, and at the Loko academy he immediately began to score the most

Rakov began playing football in his native Voronezh in the children’s team “Fakela”. There he was tried in different positions, in 2014 Rakov became  the most reliable defender of the city football festival. And a year later, 10-year-old Vadim was noticed at the regional stage of Lokobol (a children’s tournament under the auspices of Russian Railways) and was invited to Moscow to the academy.

In Loko, Rakov was immediately assigned to the attacking group. “I remember, as soon as I came to Lokomotiv, in my very first season I became the top scorer and scored 18 goals,” Rakov said in an interview with the MFF website. At the academy, Vadim won the Moscow championship twice, took the Cup of the capital, won Lokobol and various international cups.

Rakov’s first large-scale announcement is the UTLC Cup tournament for players under 14 in Moscow. Despite the arrival of juniors from Borussia Dortmund, Inter, Lyon and Barcelona, ​​Loko reached the final. In the decisive game at the RZD-Arena, Rakov’s team played with the pupils of La Masia in front of Fedor Smolov and Yuri Semin. Regular time ended with the score 1:1, for Loko Rakov scored from the penalty spot, which he himself earned. True, the Muscovites lost in the series. 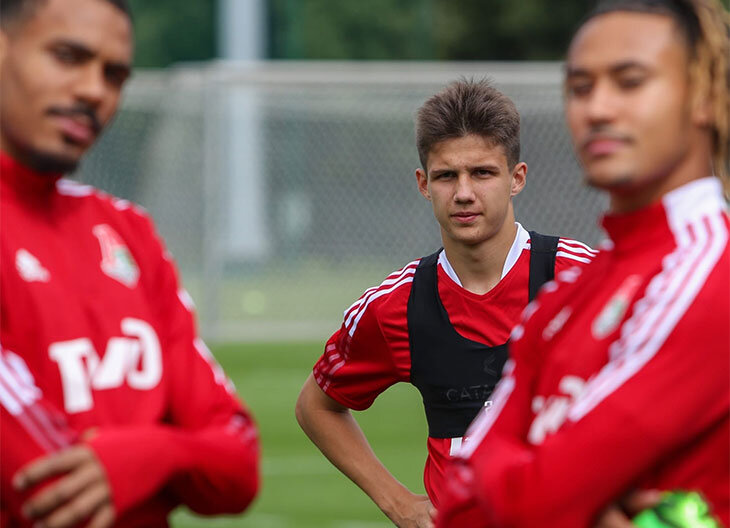 Rakov emphasized that his mother and grandmother play the most important role in his life and career: “In any ups and downs, victories and defeats, they are always with me and support me. Mom doesn’t miss a single match if possible, she has been in football with me since childhood. Grandmother also happily comes to my games, supports me live and does not miss a single broadcast.

In the 2021/22 season, Rakov’s mother and grandmother had especially many reasons to be happy. Loko won UFL-2, and Vadim scored 36 goals in 25 games, setting a record. After the championship match, the striker revealed the secret of success: “I lay down at 10 pm, had a good sleep, my mother fed me delicious porridge, I came to the match and did my job.”

Then Rakov was talked about supercomplimentarily in the industry.

“Vadim Rakov is my main impression on the forward position in youth football. Probably, since the debut of Konstantin Tyukavin in Dynamo, there has not been an attacker in the RPL who is predicted to have such a prospect and who corresponds to this with his qualities, ”said Timofey Ushansky, a former CSKA scout analyst and founder of the Digital Scouting agency, in the podcast“ European Parovoz ” .

A similar assessment is given by the director of the Loko Academy in 2016-2020, Vladimir Kuzmichev. “I think Zakharyan, Pinyaev, Tyukavin, Rakov are players of approximately the same potential, talent. All of them, in theory, should grow into great football players who will delight us for many years, ”he said in an interview with SE.

Rakov can play both in the center of attack and on the flank. He has a delivered kick with both feet

Among the main trump cards of Vadim Rakov are sharpness and speed. “It turns very quickly through any side, quickly starts. When Rakov receives the ball, the game speeds up dramatically. Often, when receiving the ball, Rakov immediately wins back the first player. This creates difficulties for the opponent and, of course, is useful for his team, ”Ushansky notes.

The striker’s leading foot is right, but he also has a cool left kick in his arsenal – he laid several memorable goals from it. For example, “‎Rubin” almost from the center of the field . Or “Chertanovo” from the corner of the penalty area with a biting kick to the far nine . Thanks to the shock left, Rakov does not have to adapt to a comfortable leg. This makes him completely unpredictable in the end: Vadim is not afraid to hit even from an acute angle and solves episodes in different ways – he can hit equally well from the bottom and from the top, into the far or near corners.

In general, Rakov shoots a lot on goal (an average of 5.3 shots per 90 minutes), many of his shots turn into goals – this is confirmed by high conversion. In the UFL-2, the figure reached 22.5%, in the M-League it stays at a respectable 18.6%. A well-placed shot allows Rakov to score from free kicks: in a year and a half, he scored goals twice with a dribble shot from the right over the wall.

“In Russian football, in terms of the manner of playing, I would compare him with Alexander Kerzhakov, but Rakov has a richer arsenal,” says Timofey Ushansky. – From Fedor Chalov, he also has certain characteristics: he also breaks away well, starts and runs behind his back. But it seems to me that with the implementation he will be better in adult football than Chalov. With these two players it is correct to compare him by profile. He can never be a body forward, but will always be a thug, a pain in the ass for defenders.

Playing as a center forward, Rakov rarely rolls into wide areas, often in the center or in the semi-flank, at a comfortable playing distance from a partner with the ball. The young striker not only completes the attacks, he is actively involved in the game. “Vadim is doing well with his game activity, he receives the ball about 20 times per match, this is a very high, near-record figure,” adds the scout.

Rakov is also effective in playing along. Last season, UFL-2, he made 9 assists. “Vadik generally started the 2021/22 season under attackers, playing a little deeper. It was already in the course of the season that we nominated him, he began to play as a central striker, ”said Vyacheslav Vashkevich, Rakov’s coach in UFL-2.

In the youth team, Vadim also does not always play a center forward, sometimes he takes the position of a left winger. This role is well known to him from his performances in youth competitions. It was in the role of a winger that Rakov had a shocking end to the fall of 2022 in the M-League, scoring a double in three matches in a row. In the same position, Galaktionov used him in the base cup games.