Stoichkov is the first winner of the Golden Ball in Al-Nasr. He argued with Cruyff, inspired Sheva and coached Messi

Stoichkov is the first winner of the Golden Ball in Al-Nasr. He argued with Cruyff, inspired Sheva and coached Messi

And I went to Riyadh after the attack on van Gaal.

“Some unknown young man named Shevchenko scored three goals for us at the Camp Nou, and I was in the clinic after knee surgery and helplessly watched this disaster,” Stoichkov  recalled .

Eight hours after 0:4 against Kyiv “Dynamo” in Champions League-97/98, Christo escaped from the hospital and called the best journalists in Barcelona. And when everyone gathered, he asked to turn off the cameras with microphones for five minutes:

“Don’t you see? Van Gaal is pretending to be the great Van Gogh and has already cut off his ear. And soon he will take over the head of Barça. You won’t defend our beloved club? Scared of this cretin? Then turn on the microphones – I’ll go to him first.

Stoichkov’s action led to the fact that three years after receiving the Golden Ball, he left Barca and returned to CSKA Sofia. 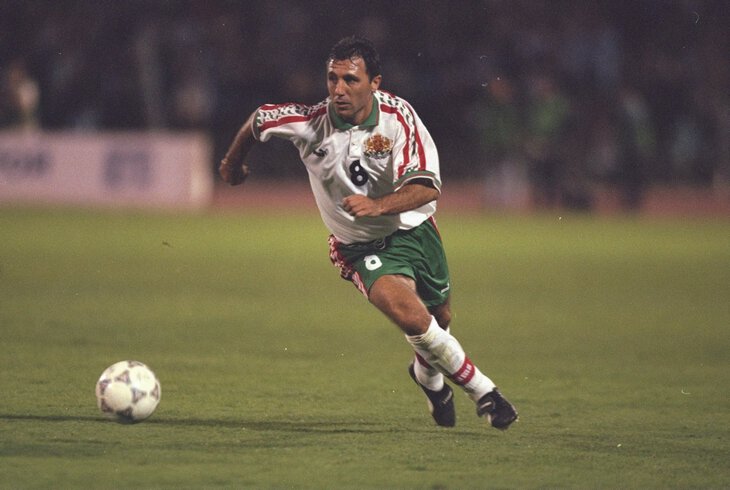 There was no question of Barcelona money in Bulgaria, so Christo played almost for free, but on the condition that in April 1998 he would be released for the final of four Asian Cup Winners‘ Cups at Al-Nasr.

This suited everyone except the Bulgarian journalists. The trip to Riyadh overlapped with the match with Levski, and Stoichkov was filled with reproaches: he exchanged the main derby of the country for the money of the sheikhs!

“These specialists did not even know that I signed a contract with Al-Nasr two months before returning to CSKA,” Christo said . “I didn’t even think of apologizing for something I wasn’t guilty of. I have nothing to do! A private jet sent by a member of the Saudi royal family was waiting for me.

That prince is the main football fan in the family and has not missed a single game for Barça. He owned Al-Nasr and did everything to get me. And to all my requests he answered briefly: “OK.”

For a whole week I bathed in gold and diamonds. Expensive gifts for me, my wife and children fell down at the Riyadh airport, where we were met by a modest cortege of three limousines.

The prince boasted so enthusiastically about the beauties of the cities and the family palace that he seemed to have forgotten the purpose of my visit. And at some point he asked if I was tired and ready for the games.

I replied, “Don’t worry, Your Highness. Football is not a poem to be forgotten.”

To take all the gifts to Riyadh airport, Stoichkov rented a truck

Before the semi-final with the Turkmen “Kopetdag”, the prince promised the author of the first goal of “Al-Nasr” a Mercedes of the latest model (in case of victory).

In the fifth minute, Stoichkov earned a penalty and, obsessed with the new car, hurried up: he shot through the center and hit the goalkeeper in the leg.

“In my entire life, I only screwed up a few penalties, and one of them deprived me of the Merc,” Christo lamented . – I was upset, but still we won 2:1 and reached the final.

After 20 years, at a veterans’ match in Astana, a player from the opponents approached me and introduced himself as Evgeny Naboychenko. He said in Russian: “I am guilty before you, but can we take a picture?”

It turned out that this is the same guy who deprived me of a new car in Riyadh. We hugged and laughed. Evgeny added that the reflection of a penalty from the top scorer of the 1994 World Cup helped him in his career.