Spertsyan is ready for Europe – PSV and Feyenoord want him. Could have left in the summer, but stayed to help Krasnodar

Spertsyan is ready for Europe – PSV and Feyenoord want him. Could have left in the summer, but stayed to help Krasnodar

There are enough offers.

Russian football has been isolated from the European ecosystem for many months, but there is still demand for players from the RPL. The latest rumors are related to the Krasnodar midfielder Eduard Spertsyan – two Dutch top clubs are persistently interested in him at once.

•‎ The first information about this appeared at the end of December last year. Then RB Sport wrote that PSV was actively following the 22-year-old player – he was considered as a replacement for Cody Gakpo, who left for Liverpool. Then it was reported that the Dutch club had already been in contact with Spertsyan, and substantive negotiations would be held during the winter training camp of Krasnodar.

•‎ Already in January, RB Sport gave an insider that Spertsyan would not leave Krasnodar in the winter – he is focused on helping the club in the spring part of the championship. A couple of days later, an unnamed source of Sport24 said: “In the Netherlands, only two clubs are interested in Spertsyan – PSV and Feyenoord. These two teams are considering the player as a potential transfer in the summer.”

•‎ Based on media reports, PSV are more interested in Eduard than Feyenoord. But even if Spertsyan agrees to a transfer in the winter, PSV will have to unload the payroll. According to RB Sport, for this they need to part with midfielder Marco van Ginkel.

In the summer, Nice, Gladbach and Fiorentina were interested in Spertsyan

PSV and Feyenoord are not the first European clubs to be interested in Spertsyan. Last summer, Eduard could well go to one of the clubs from the top 5 leagues.

•‎ Ex-goalkeeper of the Armenian national team Roman Berezovsky, referring to a conversation with Spertsyan, claimed that he had several offers from Ligue 1 and the Bundesliga.

•‎ Metaratings wrote at the end of May that Nice was preparing an offer to buy the 22-year-old football player, but the matter did not go beyond rumors.

•‎ In mid-June, it was reported that two clubs from the Bundesliga were interested in Spertsyan. It was suspected that Hoffenheim was one of them, but the sports director of the German club denied interest in the player.

•‎ Already in November, Metaratings shared an insider that Borussia Mönchengladbach and Wolfsburg wanted to buy the player in the summer, but they failed to agree with Krasnodar.

• In December, RB Sport wrote that Fiorentina had approached Spertsyan in the summer, but the player almost immediately refused.

Spertsyan is one of the main discoveries of the RPL in recent years. In 21 matches of the 2022/23 season, he has already scored 10 goals and provided 6 assists – an excellent result for his position on the field. 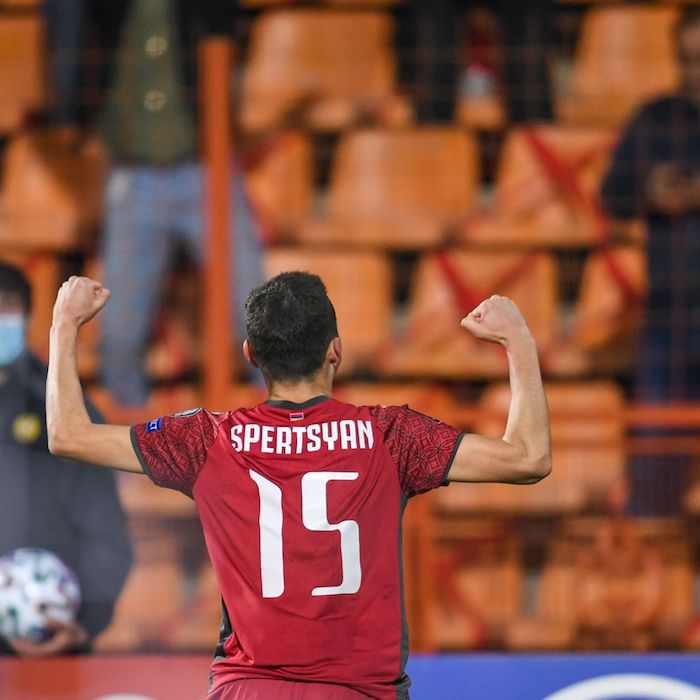 The owner of Krasnodar Sergey Galitsky loves Spertsyan. In December 2021, Krasnodar failed to score against Nizhny, and it was Eduard who suffered the most from the loss of points. “Maybe Spertsyan will be offended, but when we played with Nizhny Novgorod, the assistants told me that he was sitting and crying. When I talked about boys, I mean this. I will not forget when a person signed a contract and did not look at the numbers, ”Galitsky praised the pupil.

It looks like Sergei will soon have to part with Spertsyan – clubs from Europe are interested in him too persistently. Perhaps the player’s compensation will at least a little brighten up the owner of Krasnodar’s longing for the loss of Eduard.