Kaoru Mitoma is Brighton’s new star. He interrupted his career for the sake of the university and defended his diploma in dribbling

Kaoru Mitoma is Brighton’s new star. He interrupted his career for the sake of the university and defended his diploma in dribbling

At the 2022 World Cup, he gave the same pass from the ribbon.

Brighton have produced some very high-quality players in recent years: Ben White, Mark Cucurella, Yves Bissuma are already in the top 6 clubs, and Moises Caicedo and Alexis Mac Allister have lined up. But there is one more star – the Japanese Kaoru Mitoma.

It was Mitoma at the World Cup who made the same pass to the winning goal against the Spaniards. Saved the outgoing ball on the ribbon and became a legend in his homeland. 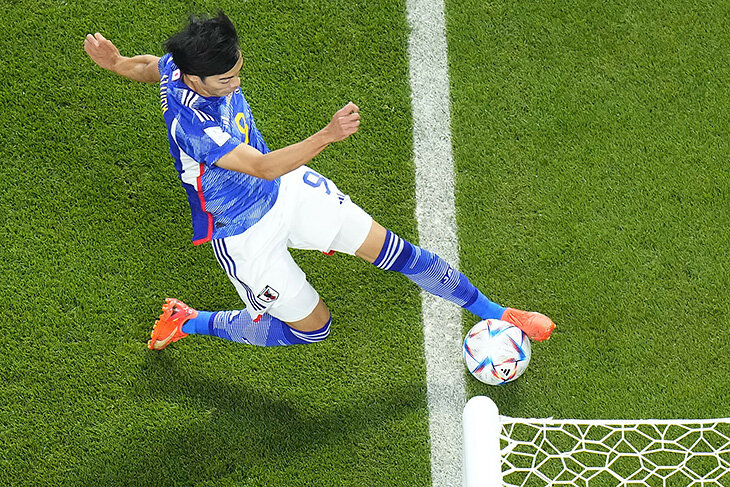 Kaoru returned to the Premier League and showed that his spectacular performance at the World Cup was no accident. Before the New Year, Brighton lost to Arsenal (2:4), but Mitoma scored (another goal was canceled due to offside) and tormented the strong defense of the Londoners. And 2023 began for the Japanese with a goal against Everton.

The 25-year-old winger is quickly becoming one of Brighton’s leaders and flying towards Premier League season opener status.

Mitoma was helped by Potter’s departure. Since the end of October, the Japanese has been a key player in Brighton

But Kaworu came to Europe only at the age of 24. Brighton spotted the talent in Kawasaki Frontal and laid out 3 million euros for him. The English club immediately sent the footballer on loan to the Belgian Union, a testing ground for Brighton owner Tony Bloom.

In the “Union” Mitoma had already become one of the most important players by the winter: 29 matches, 8 goals, 4 assists. The team won the regular season but lost the title in the playoffs.

In March, Kaoru led the Japanese to the World Cup. In the decisive match against Australia, he replaced Minamino on the 84th, and scored a double on the 89th and 94th. By the way, six months before that, the Brighton player went to the Olympics: Kaworu was not the main one, but he scored in the match for third place. 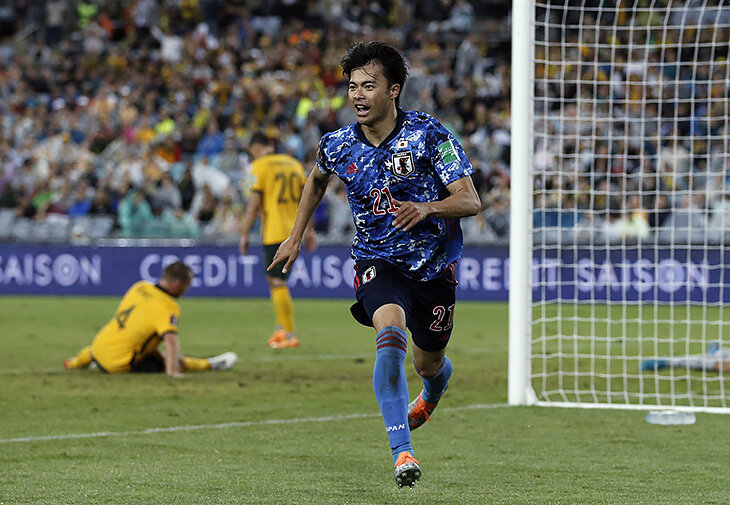 “Participating in the Olympics helped me understand my fears and better understand what I lack in the game. I was very nervous about not being capable enough. I was worried that I could not give a result in important matches. But at the Olympics, I learned to live with these fears,” admitted Mitoma.

In the summer, Kaoru returned to Brighton, but Graham Potter only saw him as a substitute. The reshuffle helped: the departure of the coach to Chelsea and the arrival of De Zerby. The Italian moved the team to his favorite 4-2-3-1 formation, and Mitoma took a place on the left flank.

The turning point is just the match against Chelsea. Kaworu started for the first time, and already in the 5th minute he dribbled two opponents and rolled out Trossar for the first goal.

Since then, Kaoru has started every Brighton game when he is healthy. I missed only Aston Villa because of the temperature – without him we lost 1:2. Before the pause in the World Cup, the Japanese managed to score the first goal in the Premier League (Wolverhampton) and knock Arsenal out of the League Cup. So Kaoru went to Qatar already as one of the stars of Brighton.

Mitoma went to study to become a better person. Studied dribbling for graduation 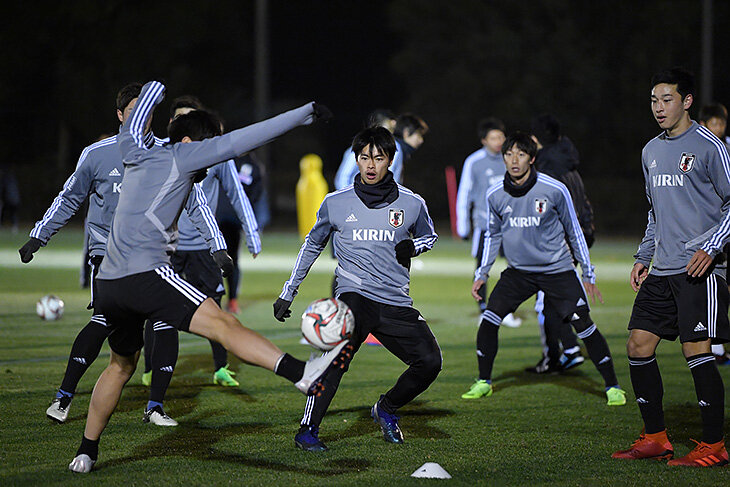 So why did such a talented guy come to Europe only at the age of 24? The fact is that at the age of 19, Kaoru traded his football career for studying at the university. By that time, he had already been successfully involved in the Kawasaki school for several years, but did not consider himself ready for adult football.

“To be honest, at that time I didn’t have the confidence that I would become a professional,” said Mitoma. – I saw Miyoshi and Itakura (now playing in Europe for Antwerp and Gladbach – Sports.ru), who played in a team a year older than me, and did not feel confident playing at the highest level. Because of that, when thinking about the future, I thought it would be better to go to the University of Tsukuba.”

The University of Tsukuba is great at preparing football players and other athletes. And Kaoru made the most of his power.

• The topic of his thesis was dribbling. He came to the supervisor with his own topic and did not want to choose from the proposed ones – he wanted to understand how dribbling works and how to make it more effective. To do this, the winger put on a GoPro camera and recorded his strokes.

“I need to determine the center of gravity of the opponent. If I can move my opponent’s body, then I have already won,” Mitoma explained the principles. 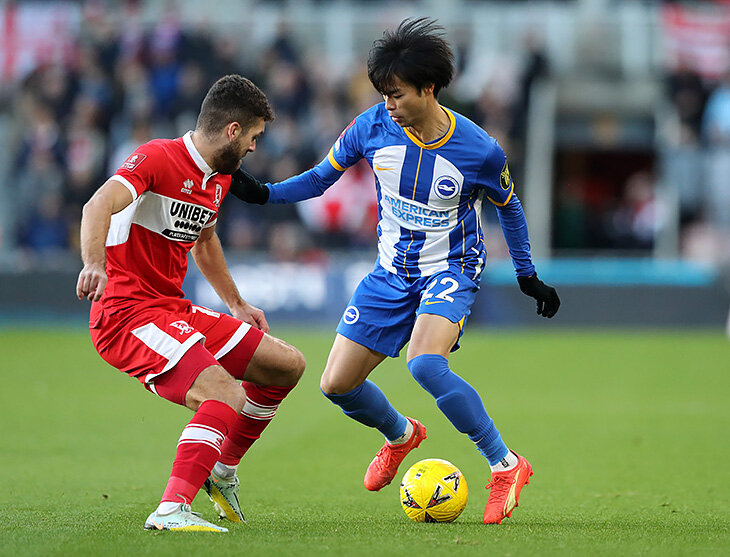 Mitoma’s scientific work is kept at the university and has even become a manual for young athletes. But Kaoru himself discovered the important principles of successful dribbling. Now, before receiving the ball, he scans the opponents and the space to the last, and after receiving the ball, he rushes forward without looking under his feet.

• Mitoma was not the most powerful football player, but during his studies he began to eat right and gained muscle mass. To do this, he talked with nutritionists – experts in dieting. These are now in every sports team, but the young football player himself learned the basics.

Kaoru also approached the rocking chair wisely: “I didn’t want to just swing and become bigger. I met with a specialist to create a special training program just for me.”

• The Japanese also worked on running. With this, he was helped by a participant in the Olympics in Sydney and Athens, Satoru Tanigawa – he participated in the 110-meter hurdles.

Even team scouts who followed Mitoma on the varsity team commented that Kaworu improved his game during his time as a student. He himself emphasizes that he was technical at a young age, but at the university he learned to use dribbling and speed as correctly as possible.

Mitoma made his debut in the Japanese J-League only in 2020, but immediately became the leader of Kawasaki – he scored 13+13 in 30 matches. He became only the fifth player in the history of the championship, who knocked out a double-digit number of goals in the first season. This hasn’t happened in 6 years since Yoshinori Muto, who made the same 13 balls (and that was a rookie record).

But Mitoma did not have time to spend two full seasons in the Japanese Championship after university – in the summer of 2021, Brighton came for a talented dribbler. 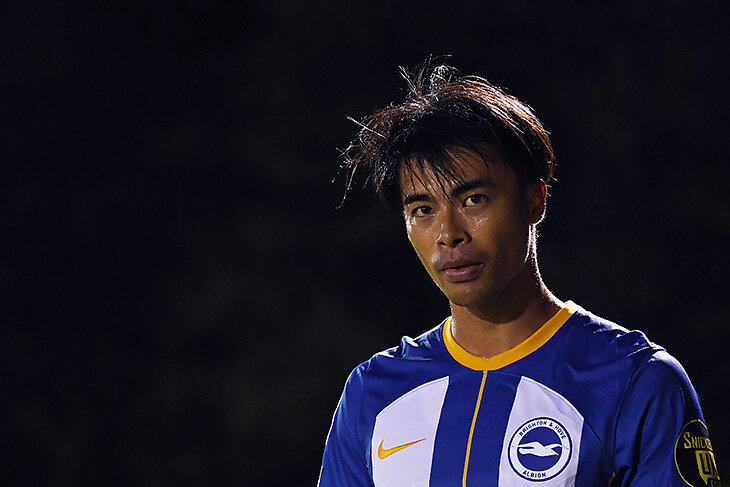 “Since childhood, I dreamed of moving to Europe. I wanted to play at the highest level. When the offer from Brighton came, I realized that I had to go there, ”said Kaoru.