Jokic should be MVP for the third year in a row. But the complexity of his game could hinder his historic achievement

Jokic should be MVP for the third year in a row. But the complexity of his game could hinder his historic achievement

Looking at Denver’s confident tread through the open spaces of the competitive West (3 losses in the last 15 games), it’s hard to get rid of the feeling that the leader of the “nuggets” Nikola Jokic is inexorably approaching the third MVP title in a row.

There are a fair number of factors against the Serbian, and the presence of two regular season awards he received in the previous two years is far from being the main one.

Jokic’s effectiveness is easy to recognize but harder to evaluate 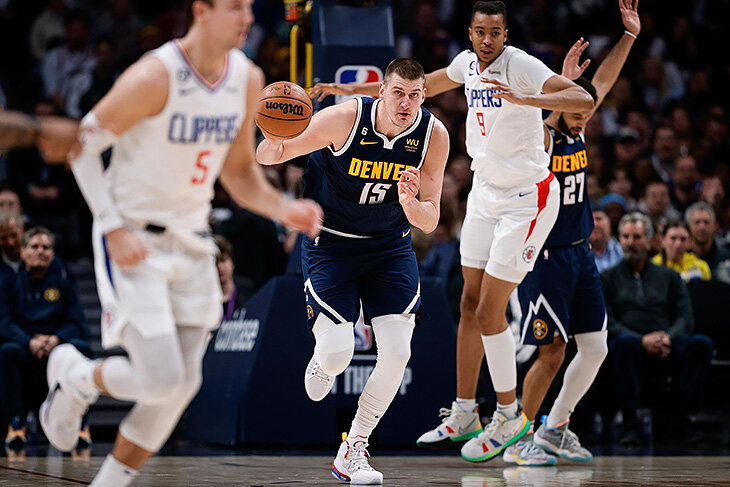 The thing is that Nikola is not just cool, he is paradoxically cool. The Serbian’s ability to turn spectacular actions into routine simultaneously serves as the main “pro” and “contra” for awarding him the third consecutive MVP title of the regular season.

Over the past two years, the league has recognized Jokic’s unorthodox brilliance, and now the center needs to show off something truly out of the ordinary to join the pool of Bill Russell, Wilt Chamberlain and Larry Bird, a trio of players who have managed to win three MVP titles without interruption. The most annoying thing for fans of the Joker is that the ungainly giant is making history right now, but he does it in such a non-trivial way that it is quite difficult to recognize the exclusivity of his style with just one eye.

Take at least the most basic metrics.Indicators of 25.3 points, 10.8 rebounds and 9.5 assists per game, for all their beauty, do not scream that the Serb should be equated with the historical trinity(namely, in this context, the leadership of the league sees the issuance of the third consecutive MVP to the Serb).

Moreover, compared to the previous two seasons, Jokic only improved in assists (9.5 assists vs. 7.9 vs. 8.3), but he sank in scoring (25.3 vs. did not do well on the backboards last year (10.8 rebounds vs. 13.8 and 10.8). That is, the numbers are outstanding in any case, especially if you sum them up with the accuracy of the implementation of shots from the field (61.2%), long-range shots (36.8%) and hits from the free throw line (81.6%). But the NBA has already appreciated the much more significant achievements of Jokic.

Therefore, in order to justify Nikola’s compliance with MVP standards, specialists are forced to use advanced statistics.

One of the most progressive statistical sites, FiveThirtyEight, uses the RAPTOR math system to calculate the effectiveness of players . Daily updated ratings are based on data about each game, the playing time of basketball players, calculations of individual plus or minus indicators of each player and a calculation of their advantages over the players they replaced in the ratings. RAPTOR data nurtures Jokic in just about every category, whether it’s offense, defense, or true shooting percentage.

Add to this that Jokic generally settled on the first line in all advanced models, with the exception of two: add PER (Player Efficiency Rating), VORP (Value Over Replacement Player), WS (Win Shares), BPM (Box Plus / minus). 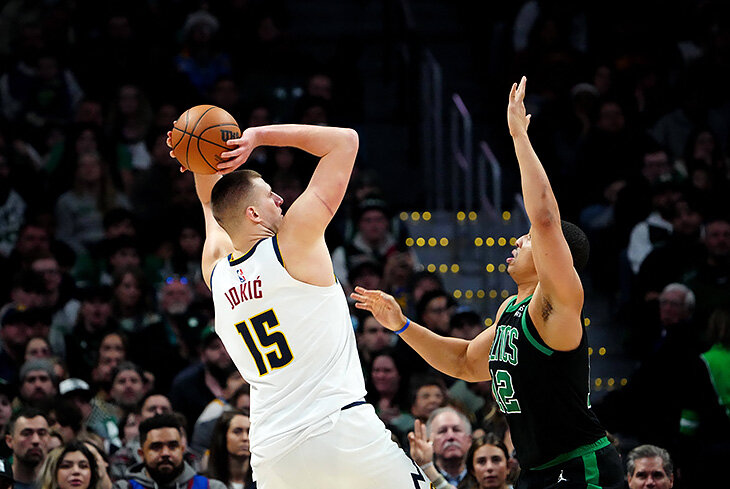 The geometry of the graphs, of course, fascinates the specialists, but hardly convinces the average basketball fans, who are generally ready to recognize the achievements of the Serbian, but are not able to fully appreciate them.

But this is only until the usage rating metric comes into play.

Usage raiting or “usage rate” is the percentage of team rallies made through a specific player during his time on the court. This metric, perhaps more than any other, illustrates the value that Jokic brings to his team.

It is the comparison of “usage rating” with the main statistics of Jokic that makes Jokic’s claims for another individual trophy legitimate. The Serbian scores at least 25 points on average (with an accuracy of 68.7%) and gives 8 assists, despite the fact that his usage rating is less than 30%. To put it simply, Denver’s entire game is built through Jokic, he himself has already accumulated 11 triple-doubles during the season, but the percentage of his involvement in the team’s game is extremely low.

The main reason is the minimum time that the Serb spends with the ball. The ratio of such crazy efficiency with an extremely low usage rating is called “hidden efficiency” by experts.

This is such a rare occurrence that in the 55 years before Jokic, only two players managed to show comparable numbers.

These sparse but significant Jokic numbers are nothing more than a slap in the face to the adherents of basketball “heliocentrism”, a buzzword that is increasingly being trumpeted by apologists for advanced statistics. The essence of “heliocentrism” and all the calculations associated with it lies in the influence of one particular basketball player on the team’s game. Usage rating is supposed to help identify such an influential figure around which the team’s game revolves, and help calculate its effectiveness. The higher the “usage rating”, the greater the influence of a single player. The theory, heavily supported by all sorts of calculations in an article on The Athletic , of course, is not without logic. And the profile of Luka Doncic, who appears there as the main example, is also quite natural. But Jokic introduces confusion into this harmonious theorem.