Impressed – 22. Week 18. Unexpectedly dropped crown, fight to the last and almost perfect end of the season

Impressed – 22. Week 18. Unexpectedly dropped crown, fight to the last and almost perfect end of the season

The crown of the conference suddenly fell on its head. We would like to say that this happens, but no – here for the Chiefs everything turned out very atypical and lucky. Although, it would seem, that’s who did not need such “handouts” of fate.

Derek Carr is already sorting through possible teams for trade, and his team is coming into the offseason with a lot of questions about their future – the quarterback, Josh Jacobs’ contract, defensive shortcomings, Josh Makedienls’ progress, and whether he will ever be. Could even the theoretical arrival of Tom Brady here fix all that?

Thank you for fighting to the very end. Joshua Dobbs is not the worst quarterback in the NFL and did his best, but everyone will remember his fumble. The Titans did not look worse in this match, but one episode can decide everything – and it happened. Not to say thank you very much for the season – it was very mediocre – so decide something with the attack next year without, finally, Todd Downing.

Well, Jaguars, hope the Chargers don’t take out your run like the Titens did. Without Itien’s contribution, your attack looks very bad. Although which of the Jags fans already cares – they are in the PLAY OFFS! Second time in 15 years! Spotted sea in the home playoff game threatens to show fangs. 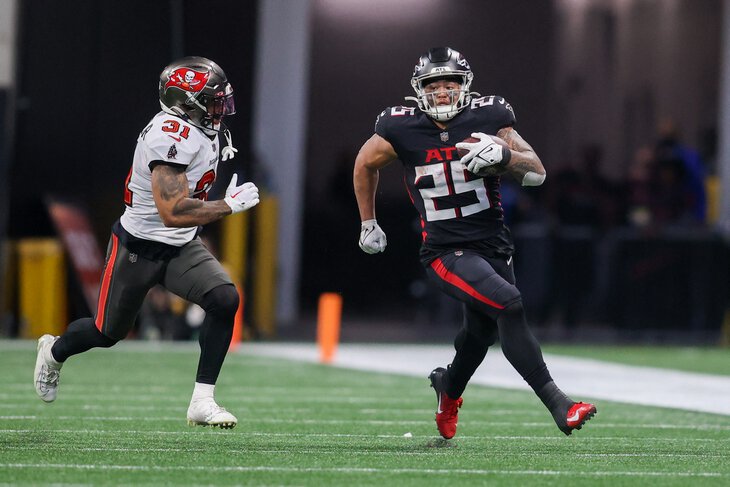 It was as if Tom first thought about his possible negative record for the season, and then he nevertheless spat on it and went to calmly inspect the match from the edge. At least once it was necessary to please the Falcons in recent years. The playoffs are already here, and we still have no idea what the current Tampa is.

And again, we are in for some boring offseason from Atlanta, which will get rid of Marriott in favor of some more average veteran and will talk about the development of Desmond Ridder. Are any of you really looking forward to a powerful blockbuster trade from the Falcons? This is hard to even imagine.