“I will never forget how he unwound Couture in the corner. Just cut it.” Winnipeg star loves Datsyuk

“I will never forget how he unwound Couture in the corner. Just cut it.” Winnipeg star loves Datsyuk

You are at the Hockey Books blog , which fully translated two fiery autobiographies – Phil Esposito and Sean Avery, a very smart book about hockey analytics, a book about youth hockey with a lot of interesting stories, and also periodically posts transcripts of the coolest hockey podcast. Support the authors with pluses, subscriptions and comments so that cool translations appear more often on the Tribune and in your feed. Who there complained about the multi-bukaf? This post is for you. “Winnipeg” this year, of course, something with something. That’s really who would have thought. At the same time, Kyle Connor is still the same. Probably the quietest superstar in the league. And this is clear in particular from this interview. To be honest, the chicklets tend to be a lot more outrageous, but Connor is downright modest.

The whole conversation sat with his ingenuous Midwestern smile, as if sincerely not understanding all the hype around him. You can just feel how Biz is dragging words out of him with tongs and firing from all the guns – but only all at the sparrows. But laughter … oh, that is, there are enough jokes here. And in general, how often do we talk about Winnipeg? That’s the same.

I remind you, if you need the autobiographies of Sean Avery and Phil Esposito in EPUB format, as well as other books (there are 6 of them in total), write to me here – in a personal on Sports.ru.

If you want to help the project financially, then there is a card number below (and they also say on the site itself you can somehow donate, but I didn’t delve into it).

Next up is Paul “Biz” Bissonnett, Ryan “Whit” Whitney and RA (Rear Admiral or Rear Admiral is the nickname of Brian McGonagall, co-host of the podcast). There are miles of letters ahead. Read at your own risk.

RA: Well, let’s welcome our guest today. In the 2015 draft, this scoring left winger was selected by the Winnipeg 17th overall. He played one season for the University of Michigan and was nominated for the Hobie Baker . In his rookie season in the NHL, he finished fourth in Calder Trophy voting (above Matthew Barzal, Brock Boser and Clayton Keller), and last year took the Lady Byng Trophy (Sports.ru’s gentleman of the year award) . He is in his seventh season with No. 1 Winnipeg .

Thanks for checking out the Spittin’ Chiclets podcast, Kyle Connor. How are you, buddy?

Biz: Not the right word!

Whit: The dude from Winnipeg! And also an American!

Connor: You don’t have ours often, do you?

Whit: (laughs) Yes, we are constantly told that we rarely talk about you. “Winnipeg” famously this year the season began. 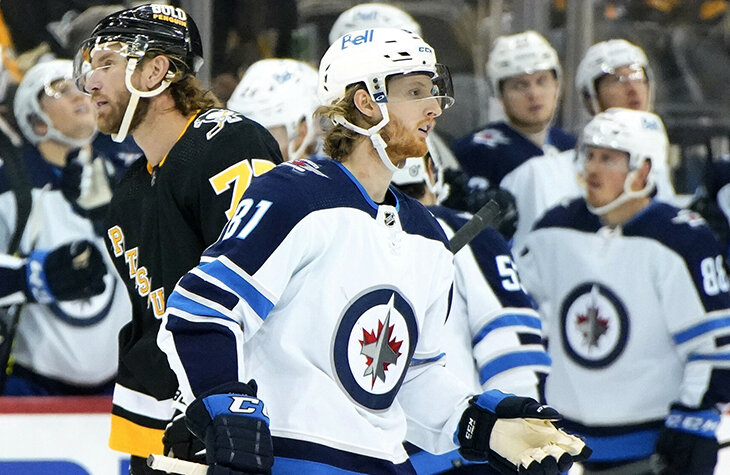 Biz: And EVERYTHING?! THIS IS ALL YOU CAN SAY?! “YES, YES, NORMALLY SO”?! Bro, wake up! We brought you everything on a silver platter! Come on, give me a good answer! In all colors, as they say! What’s going on in your dressing room? Goldfinches, I suppose, do they all walk?

Connor: Yeah, it’s great. Bones, understandably, helped a lot . He is handsome. Awesome trainer. And the guy is awesome. I want to fight for those. He is one of those coaches that the players love. He treats everyone as equals. He puts the interests of the team above all else.

In general, he managed to rally us, and we flooded. Unless at first we, maybe, somewhere lacked a little stability. And so this year we have a common goal.

Biz: How did he manage to create such a friendly atmosphere? Did he take you to the bar at the training camp? ########### (got drunk) there with him in flour? Was there such a bond? Due to this, and rushed at the beginning of the season?

Connor: We had training camp in Banff at the end of the preseason . Fished there. It was cool. The whole team was trolling. We went to a bar a couple of times, rallied with the boys.

Connor: Nothing special. As for Bones… He’s very different from Paul Maurice. I don’t have much to compare with, because I only worked with them in the NHL. He practically does not leave the locker room. You come to training – and he is already there. Sits and talks to everyone. Hi, how are you? What’s new? How is life in general? It’s captivating. Usually coaches kind of try to keep their distance. And he goes right into the thick of it. You want to go out and fight for such a coach. 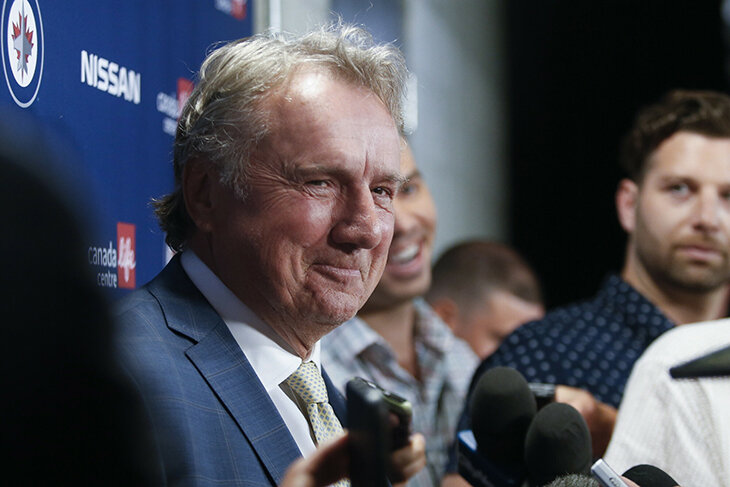 Whit: Are you good at lure fishing?

Connor: (laughs) No way. Better than many. I love fishing.

Whit: Oh, so you go fishing on your own in the summer?

Biz: So he ‘s from Shelby Town , Michigan . He certainly does not get out of the fishing store there.

Biz: You love all that camping romance, don’t you? Fishing, camping, everything? Sleep on the ground and all that?

Connor: Well, not on earth, but yes. I went to Yellowstone in the summer (a huge national park located in three states at once: Montana, Wyoming and Idaho – approx. Lane ). It was cool. In general, yes, this is my topic – hunting, fishing … I love this business.

RA: Do you like to fish more in fresh or salt water?

Connor: Fresh. Michigan is still far from the ocean. I often fished on the lake as a child.

Whit: Yes, he still lives in his Michigan. It only flies to games, that’s all.

Biz: Got myself a salt water pond in my backyard in Michigan. Catches all sorts of exotics there.

Whit: And Bones makes sure the fish don’t run out. They are on this topic and got along with him in the summer.

Biz: And, of course, you’re a big fan of country music. This season, all Winnipeg players have chosen their own individual song, which is included after an abandoned puck. And you’re the only one who chose country. If I’m not mistaken, you chose Luke Combs?

Connor: (laughs) Yeah. I love Luke Combs. To be honest, I was waiting for this decision. It was high time to allow everyone to choose their song under an abandoned puck. I really like it. Just like in baseball, everyone has their own song. It’s great that we have it now. In short, I love Luke Combs. I even went to his concert 2-3 years ago. It was really cool there. And yes, I love country music. So I made a choice in his favor.

Whit: I don’t think there’s anyone better in country than Luke Combs and [Chris] Stapleton these days.

Connor: I agree. I went to Stapleton that summer. It was cool too.

Biz: How does the dressing room feel about it? Do I have to wait for everyone to leave? It’s just that now few people are already playing country music in the locker room.

Connor: (smiles) Well, you’re in vain. We have enough guys like that in our team. But everything has its time. It is clear that before the games we do not set Stapleton to warm up. But in training sometimes why not. In general, we have enough guys who roll in country music.

Biz: RA, what song do you think Nate Schmidt chose?

Biz: Plays at all weddings. Mambo #5!

Biz: Didn’t they shove him in the locker room for that? Why did he choose this song?

Connor: Well, since you know Nate, you understand that this is quite in his spirit. Quite straight. He’s also a good-natured guy. He constantly tells something in the locker room, dances … Such is his character. And that’s great. Everyone likes.

Whit: (google something) Did he score at all this season? It’s just that with such a song you can remain without goals. Ah, I see. He has two goals

Biz: And how many of them are at home?

Connor: One for sure .

Biz: So the fans have already heard it. Did it add some color? I mean, maybe the fans were specifically waiting for this? Which song gets the most ovation?

Whit: It’s easy to sing along.

Connor: He scored the winning goal in the first home game of the season. There was about a minute left until the end. The whole bench was delighted.

RA: How did the older guys react to all this? Didn’t you roll your eyes? It’s just that the players did not agree to this for a long time, because they did not want extra attention. Nobody objected?

Biz: So Wheeler was stripped of his captaincy. Because he was against it.

Biz: I’m serious! Are you really not aware?

Biz: Exactly. And they say to him, well, if so, then – op! And you are no longer a captain.