How much does the transfer of Mikhail Mudrik to Chelsea really cost: they calculated the exact amount, taking into account his salary

How much does the transfer of Mikhail Mudrik to Chelsea really cost: they calculated the exact amount, taking into account his salary 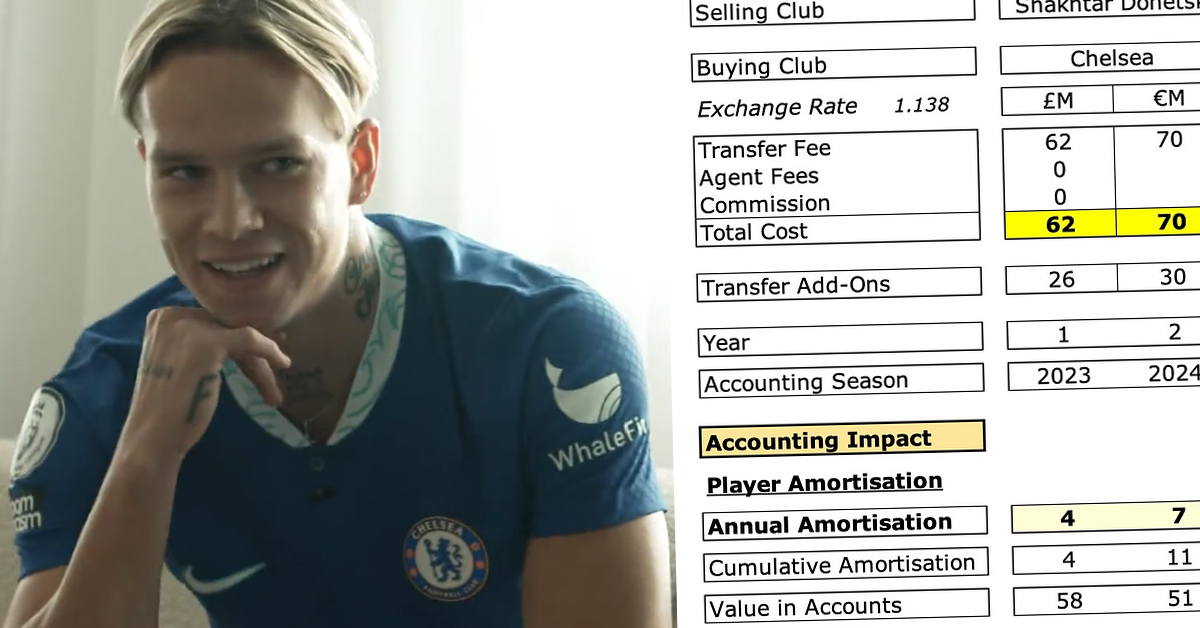 The tactics of the new owner of Chelsea, Todd Bowley, is signing long contracts with players: Mudrik signed the agreement for 8.5 years, and Fofana and Badyashil – for 7 and 7.5, respectively.

It’s simple – the longer the contract, the more eroded the cost of a player’s transfer. Similar to the £60m player: a two-year contract forces you to record £30m in losses annually, while an eight-year contract only costs £7.5m.

Take Mudrik as an example and how much he will actually cost Chelsea. Let’s round up £97k a week to £100k for simplicity and we get thatChelsea will pay 106 million pounds for the transfer of the Ukrainian, including his salary(the amount will rise to 132 million if all bonuses are paid).

If the player shoots, it will be a great transfer with justified spending (and spending 130 million pounds over 8.5 years is not so much). But if Mudrik does not work, then it will be difficult to sell a football player with such a salary and contract length.