How is Jaromir Jagr doing: scores even at 50, seeks energy in faith, refuses sweets and manages the club

How is Jaromir Jagr doing: scores even at 50, seeks energy in faith, refuses sweets and manages the club

Jaromir Jagr will soon be 51 years old, but he still gets into the news feeds as a player: he returned to the Kladno team, scored the first points of the season, and later scored the puck. However, now he is concerned not only with goals and assists – there are much more managerial worries. In fact, the Czech combines the management of a hockey club, training and professional matches – and it seems that he manages to do everything. 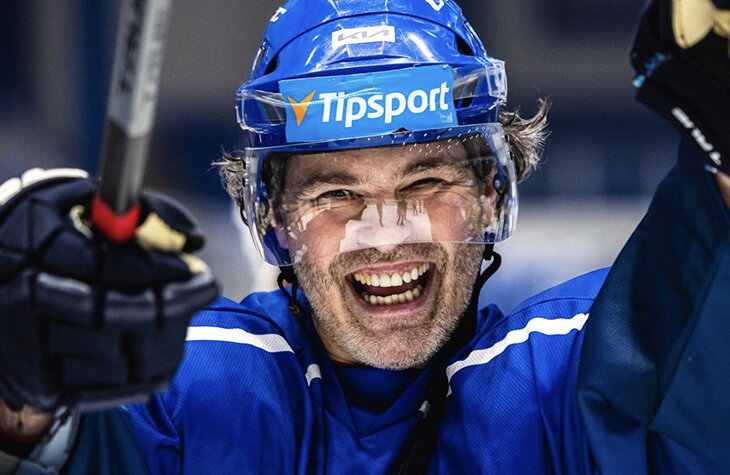 Jagr’s return to professional hockey coincided with Kladno’s three-game winning streak, but globally, none of this saves the team. She is the last in the Czech Championship, although the squad includes, for example, super-top veteran Tomas Plekanets, the legend of Montreal – at the age of 40, he knocks out 10 + 23 in 27 matches. Along with him are well-known oldies in the KHL: Klepish (38), Latvians Sotnieks (35) and Cibulskis (34). But with young leaders, it’s a bit tight.

But in the spring of 2022, Jagr set updated goals for Kladno and himself: “Plekanets dreams of the playoffs. Can we get it together?” Achievement of team goals is still being postponed, but no one has surpassed Jaromir personally. After the Pilsen goal, he became the oldest player to score in Extraliga history.

Kladno generally likes matches with this opponent. Here is a retro poster for one of them – there you can find rare footage with a still young Yagr:

The continuation of the Czech career could have been predicted, but with reservations. Last summer, he focused on behind-the-scenes work and preparations for the renovated Kladno Arena – and timidly assumed that he could take to the ice in November-December. But due to managerial tasks, Jaromir had less time for game preparation, so in the fall he stopped himself.

Two months before returning to the ice, Jagr had already trained regularly with the team, but at the same time he was more often there as an assistant coach and admitted that he would no longer play at such a level: “Now I have no motivation – I don’t even want to. I would have had to sacrifice a lot.” He looked forward to future matches of the Winter Classic outdoors, but had to force a return.

In mid-December, the Czech came out in a match against Liberec. In general, he did not plan to include himself in the application – only at the Kladno training session on the eve of the game there were only 12 people, the rest caught the virus. Jagr was afraid of a team disqualification – and put on a jersey with the 68th number.

Of course, now he is less focused on the playing role – although he finished the last regular season with 43 matches and 19 points. “Jagr is a simple man, on an equal footing [in the locker room and on the ice] with everyone. Unless, he trained according to his individual program, ” said defender Zakhar Arzamastsev, who finished the 2021/22 season at Kladno.