Gretzky hoped to get to 1000 goals, but did not even reach 900. Lacked health and motivation

Gretzky hoped to get to 1000 goals, but did not even reach 900. Lacked health and motivation

Three years ago, Alexander Ovechkin was asked on ESPN what he would do when he beat Wayne Gretzky’s record.

“You will probably never see me on the ice again. I will end my career right there, ”Ovi joked, who had no idea how close he would get to the Great, but was already tired of talking about this topic.

And just five facts you need to know about Wayne’s career. 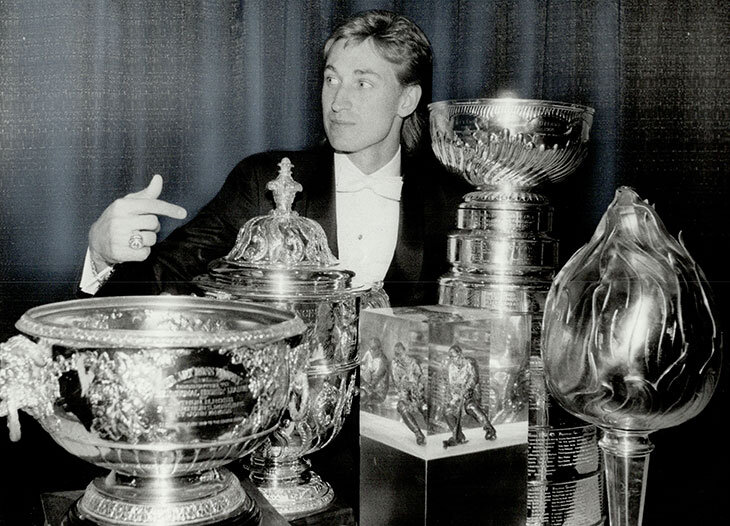 • At 19, he became the NHL’s top scorer and MVP for the first time, jumping in with a team that had never played in the league before. He spent most of the season with Brett Culligen and Blair McDonald, who at 26 had never played at this level before.

• By age 26, he had 3 Stanley Cups and more Hart Trophies than anyone in the NHL even to this day. And yes, it was his Oilers who stopped the Islanders dynasty, which smashed everyone in the playoffs for 4 years in a row.

• At 28, he became the highest scoring player in NHL history, and if he had ended his career then – in the fall of 1990 – he would have kept the lead until now.

• finally, in the spring of 1994, the 33-year-old Gretzky became the best in the number of goals in the NHL, ahead of Gordie Howe, and at the same time won the tenth title of the top scorer of the season in 15 years of his career.

In short, at the age when Ovechkin won the first Stanley Cup, Wayne had everything any professional athlete could dream of.

Alexander, driven all his career by the confrontation with Sidney Crosby, went to his only Stanley Cup until the age of 32, and then, sobered up on champagne and stronger drinks, he looked at the NHL sniper table and set himself the next goal.

Now imagine how hard it was to find motivation for the next season, for every next game with Tampa Bay or Anaheim, for Wayne himself at the same age, when all the global records of the regular season and the playoffs already belonged to him. When he already had 4 Stanley Cups and over 20 individual awards.

Gretzky did not hide the fact that a place in history has always been an important motivation for him and especially his father at the beginning of his career. After scoring 92 goals in the regular season-81/82, he set a goal to knock out a hundred for the entire season (including the playoffs) – and he did it in just two years. Having set this record, he tried to be the first in history to score at least a point in every league game and lasted 51 games, despite injuries, illnesses and emotional fatigue.

He wanted to be the first forward to score 100 plus for the championship so much that in the last game of the regular season-84/85 with the Jets, he did not leave the court until he set up a goal for Dave Semenko. Reminds someone, doesn’t it? 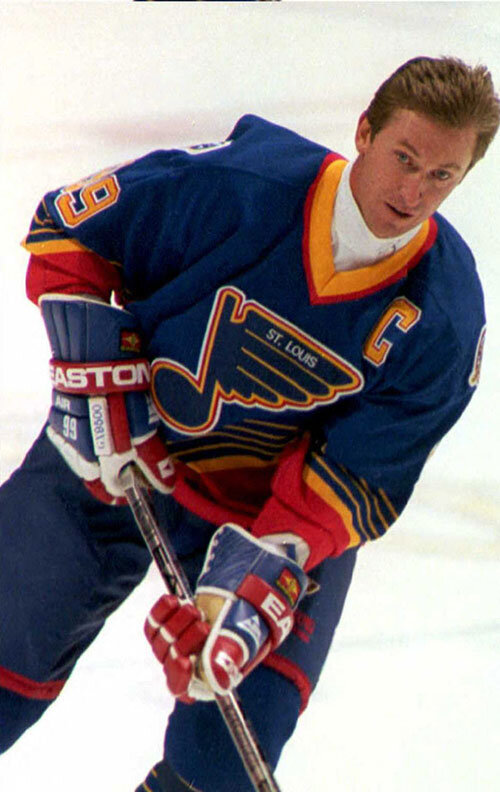 Then he wanted to give an average of two assists per game – and it was done. One summer, he told his father that the Oilers could score 6 goals per game – they stopped at 5.57, although Wayne missed 6 games due to injury. At the beginning of his career, journalists said that records are nonsense, and Gretzky needs to follow the example of Brian Trottier, who won 4 Stanley Cups. By the summer of 1988, Wayne had both records and four championship rings.

a) this goal could not turn him on in the same way as the previous one (Howe’s record), if only because it is always more difficult to compete with oneself than with a real opponent.

The biggest contract at the beginning of the 94/95 lockout season belonged to him. He won four of the five Canadian Cups – the only tournament at that time with the participation of all stars in the world – and became its top scorer four times. He already went to the shows of David Letterman, Arsenio Hall, Jay Leno and Johnny Carson, was noted in the second part of the Mighty Ducks and made faces on Saturday Night Live, flew to the USSR to drink vodka visiting Vladislav Tretiak, waited for the debut in the NHL of his younger brother Brent and even became a playing general manager himself, which pissed off Luc Robitaille.

Mario Lemieux, whose competition diluted Wayne’s dominance in the NHL, was more than 1,200 points/300-odd goals behind in the winter of 1995 and had serious health problems. Mike Gartner was aging rapidly, and all the rest did not seem to pose a big threat, like Jaromir Jagr, Brett Hull or Teemu Selanne, or else studied at the 596th school of the Northern District of Moscow.

b) this goal was not feasible due to the health problems that Wayne had accumulated over the years of his career.

There were indeed many sores, and they hit his performance no less than the growth in the level and dimensions of the league’s goalkeepers, the technical equipment of field players and scouting. Before writing a comment about the armless hockey goalies of those times, think about what the guys from the Gretzky generation would say about Ovechkin’s fresh pucks thrown at Rittich’s goal, Martin, or Kucherov’s goal at the goal of Hellibuck who claims to be “Vezina”. Now exhale and look at Wayne’s most typical goal.

And it was not a click from crawlers, after which the goalkeepers stood like idols. And not a throw after a false swing, after which the goalkeepers would fall funny on the ass and leave an empty net in front of the attacker. His office was the space at the goal and behind them, his bread as a sniper is finishing, substitutions, picks, throws on skates and the like, non-sexual, from which it is difficult to collect even a dozen beautiful heads.