F-1 teams are afraid of expansion: they refuse even a high-profile newcomer from the USA and demand a contribution of $600 million. Why?!

F-1 teams are afraid of expansion: they refuse even a high-profile newcomer from the USA and demand a contribution of $600 million. Why?!

More than 10 participants – the danger of bankruptcy. 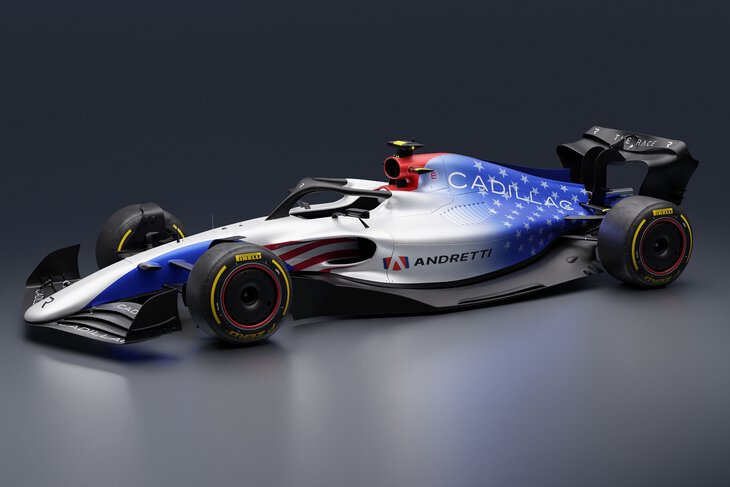 It looks like 2023 in Formula 1 will be the year of the saga of “new teams plan to break into the series, but the current ones are not allowed.”

From the very first days of January, the President of the International Automobile Federation (FIA), Mohammed bin Sulayem , announced the launch of an expression of interest for new F-1 teams – and two responded to his call: the old half-forgotten Panther Asia project of the former boss of the Rotenberg racing project and for two years, former Indycar and McLaren driver Michael Andretti, scratching at the door of Andretti Motorsport. 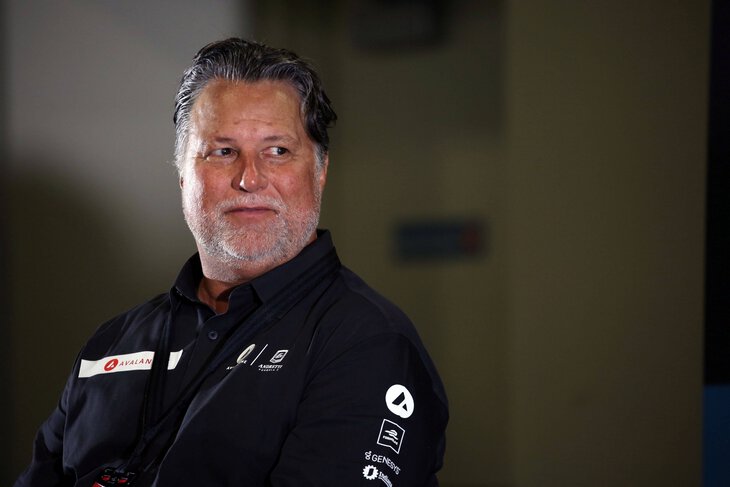 The second bang especially loudly: in addition to the base for $ 200 million, the sponsorship pool and success in American races, he also announced the factory support of Cadillac – with statements “now I have fulfilled all the conditions, this will be the main racing story of the year.”

However, rivals in F-1 did not impress. No one said anything out loud, but insiders from the BBC and RacingNews365 gave out rumors that the bosses of other teams were “fed up” with the Andretti project and were not too willing to support it. The unspoken reaction of the championship resulted in new surprised statements by the FIA ​​President: 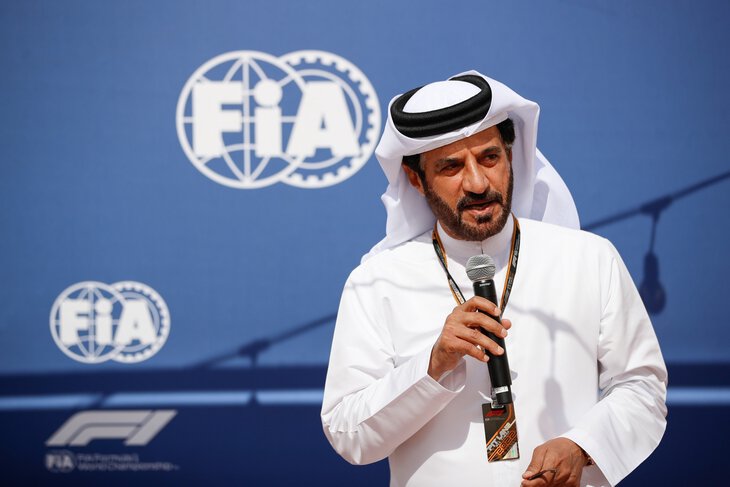 “It is surprising that there is some backlash to the Cadillac and Andretti news. In past years, the FIA ​​has accepted applications from smaller successful organizations. We should encourage potential entrants who represent global automakers like General Motors and thoroughbred racers like Andretti, among others. Interest from teams in emerging markets adds to the diversity and broad appeal of F1.

If we care about the sustainable development of Formula 1, we must be open to other brands. There can be up to 12 teams on the grid. General Motors is one of the five largest auto companies in the world… we should encourage their interest in joining the premier class. I would like to see such a future.

We welcome any application to join the 12 teams. We accept good teams, even small ones, as was the case with Haas. We hope that the situation will change, we will get a decent 11th team.”

However, judging by Michael Andretti’s interview for Forbes, only Alpin and McLaren supported him – the rest are still completely against or in doubt. According to BBC insiders, the teams do not believe in the seriousness of Cadillac’s intentions and want to raise the entry fee to the championship from $200 million to $600 million.

But if the FIA ​​president is right, then why are they doing this? After all, it is impossible to argue with the real F-1 boom in the USA – a well-known team from there can bring even more interest, audience, sponsors and money. 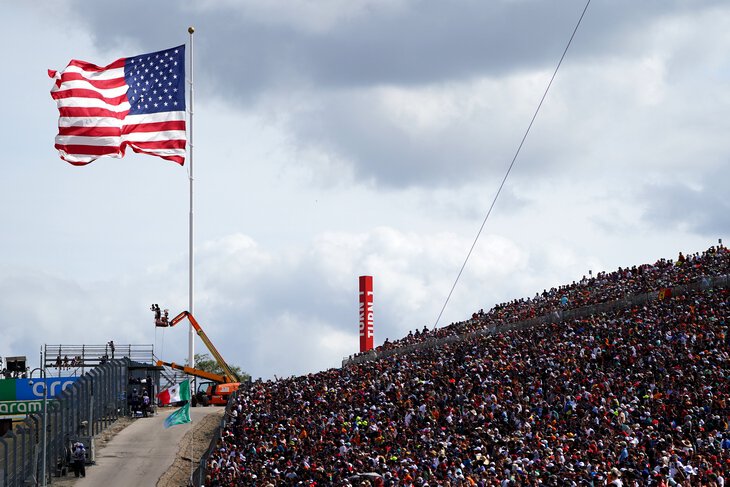 The FIA ​​president mentioned Haas for a reason – this is the last Formula 1 team created from scratch to date that has survived at least a couple of seasons without balancing on the verge of bankruptcy.

For the first time in 20 years, a rookie F1 team did not go bankrupt in a couple of seasons and even took pole. The main lesson is in the search for sponsors

She has already driven 144 Grand Prix and became the first such in 20 years. Moreover, the previous “achiever” was the factory “Toyota” with annual budgets of 500 million, and it was closed anyway in 2009 due to the crisis, and the equipment was rented to other teams like McLaren. Without taking into account Toyota, the previous “hero” can be considered the BAR already founded in 1999 (turned into the factory Honda in 2005 after 6 years of competition), and before it – launched in 93 with the help of Mercedes and Red Bull Sauber.

That is, to rely purely on the idea of ​​”Haas” succeeded” – it means to allow a “survivor’s mistake”. The number of other such “survivors” with the level of their support seems to hint: everything is not so simple. We need to study the reasons why some teams succeeded while others drowned. 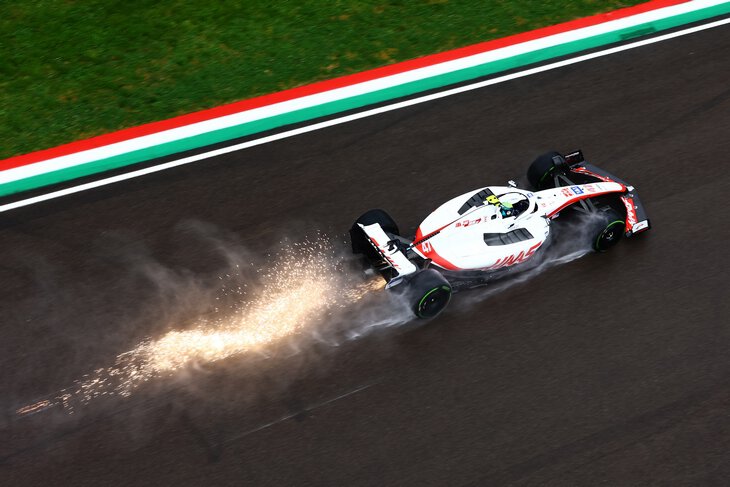 And here the experience of previous eras is not even very valuable – after all, the Agreement of consent to participate at each signing may contain completely different conditions for entry and payment of prize money.

For example, the current agreement between F-1, the FIA ​​and the teams really allows, by common agreement, to expand the number of teams.

However, the distribution of prize money still remains for the first 10 teams in the Constructors’ Championship – therefore, F-1 will return to the situation of 2016, when the worst team received only a guaranteed $ 33.5 million, and 10th place with points – already under $ 50 million For small teams, this was a really significant amount, sometimes separating the states of “financial problems” and “difficult, but life is possible” – and relegation from the top 10 usually killed teams on the horizon of one or two years.

This is how Formula 1 completely lost all the teams of the “previous set” of newcomers – HRT, Caterham and Manor-Marusya. They entered the championship in 2010 already under a new Consent Agreement with the current prize distribution system and were cut for 10th place with a minimal budget – since they were created under the upcoming cost limitation. Until 2015, only Manor-Marusya survived, but in 2016 it also took 11th place (it was just pushed up by Haas).

However, the entire F-1 saw the fragility of such a system – especially in the example of Sauber: the Swiss team almost drowned itself several times outside the top 10 of the Constructors’ Championship and came to the middle of 2016 in a pre-bankrupt state. Most likely, even one dive into the abyss of existence without prize money could finish the legendary Swiss organization to the same complete collapse.