A victory at the Monte Carlo Rally was taken away from the Russian: for cutting off the highway on a broken tire at night. Even though everyone drives

A victory at the Monte Carlo Rally was taken away from the Russian: for cutting off the highway on a broken tire at night. Even though everyone drives

The rarest case when all the same fine.

On January 22, Russia seemed to be already celebrating the first racing victory of the year: Nikolai Gryazin won the Monte Carlo Rally in the WRC2 class of the World Championship. This is even cooler than winning the Formula 2 race: after all, in the rally, the less powerful RC2 equipment (it has 300 hp versus 500 hp for the RC1) still competes on the same weekend on the same special stages and is classified in the overall standings. Therefore, in case of failures of stars on top cars (accidents, retirements or a drop in pace), there is a chance not only to get into the top 10 and earn a couple of points for the World Championship, but also to rise arbitrarily higher – up to the podium.

Moreover, the RC2 class is very competitive: only in Monte Carlo 40 riders entered it (against a dozen in the top RC1, for example). And it is considered a springboard to the top of the rally world: all the stars started from it. Victories – especially at the most difficult races like Monte Carlo – are highly valued.

And Gryazin, it seemed, succeeded – at the finish line he beat Johan Rossel by 4.5 seconds. In general, during the race, Nikolai’s advantage reached a minute, but then the Muscovite punctured the wheel and just drove to the finish line.

And in the evening, the team of the French crew PH Sport filed a protest – they found Gryazin’s cut on Saturday’s 14th special stage. Here:

Yes, it was passed at night, the judges studied the recordings of the on-board cameras of the cars, the video of the audience and decided: there really was a cut. Nikolai was fined 5 seconds and moved to the second position,

And here is the video of the violation:

Gryazin explained the movement of the car just by a puncture of the front right wheel: the technique with a friend was controllable. His team manager generally insisted on the difficulty of determining the position of all four wheels from the records (and for a fine they all must leave the track) The stewards allowed the team to provide video from his car and after studying they came to the conclusion that there was a cut after all.

However, questions and indignations still arose in the rally world – because this is how they drive here quite often!

For example, Czech Eric Kais is one of the favorites of the WRC2 class (one minute behind Gryazin at the finish line):

And here is Rossel himself:

Or the rally winner Sebastian Ogier – also cut, though not with all wheels:

Another world champion Ott Täniak straightened out in full:

Why, then, was only Gryazin fined?

These are the nuances of the rally. In general, the highway sections are subject to the general FIA ​​Sporting Code, and in this sense it is clear: you left the track with all your wheels and got an advantage – keep a penalty of 5 seconds. This is true for F-1, and for F-2, and for endurance racing, and for many other series.

But in road rallying it can be difficult to know where the track boundaries are and how to monitor and evaluate this rule in general. Therefore, its observance is given to the discretion of the race management and judges and actually works according to the principle “there is a protest or a decisive advantage – there is a consideration”. 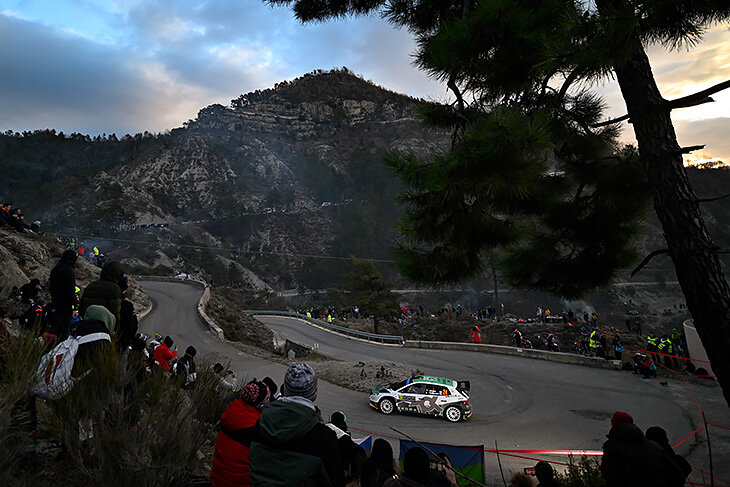 And here the second aspect is included: the sense to file a protest is not always present. For example, you can penalize both Ogier and Tyanyak, but Seb won 19 seconds from Rovanpera, and Ott broke away from the pursuer for a minute.

Protests on the results are accepted no later than within 2 hours after the finish, so there is not much time to review all the on-board records from all special stages along with the correct paperwork.

That is, if the moment immediately got into official or amateur cuts, then you are lucky! Can be quickly processed and served. If not, there is no point in looking for a part.

Especially when the gaps are so big: after all, Gryazin’s total time on the Rally was 3 hours 22 minutes 5 seconds. Can you imagine how rarely such situations occur when everything is decided at the finish line in less than 5 seconds and for their sake it makes sense to file a protest?

This happens 1-2 times a year – and yes, formally everything is according to the rules. But the rally community usually doesn’t like it too much, because 5 seconds is the minimum possible penalty (after a warning, of course), and looking for them on records is considered a little petty. Not that unworthy, but rather in the style of “come on, are you serious?”

However, in any case, Gryazin has already proved that he is really capable of driving at the top level in the World Championship. This is what I propose to focus on:

“The race did not dare on the track, I have nothing more to comment on. I don’t want to use any clichés when describing our demotion to second place like “we will come back stronger,” Nikolai reacted on social networks . – Not. Because we are already strong. 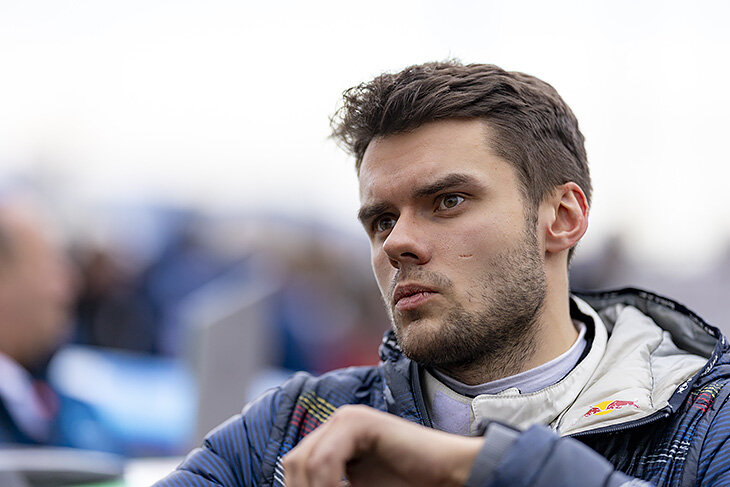 Strong enough to focus only on the positives – like an incredibly professional team, hardworking mechanics, the support of our engineers – not only professional, but also human.

We owe every success to the incredible support around us. Special thanks to my “gravel team” for a flawless job. I enjoyed every second I spent in this rally beast!”