5 footballers who most often played with Lionel Messi. All are representatives of Barcelona

5 footballers who most often played with Lionel Messi. All are representatives of Barcelona

Lionel Messi is a world football legend and current football star. He turned professional in 2004 and has only played for two clubs since. The Argentine has had great success in his career, thanks in part to those he has played with.

Throughout his career, Leo played with some of the best: both for the club and for the country. But who did he play with the most? The five players who most often went on the field together with Messi. 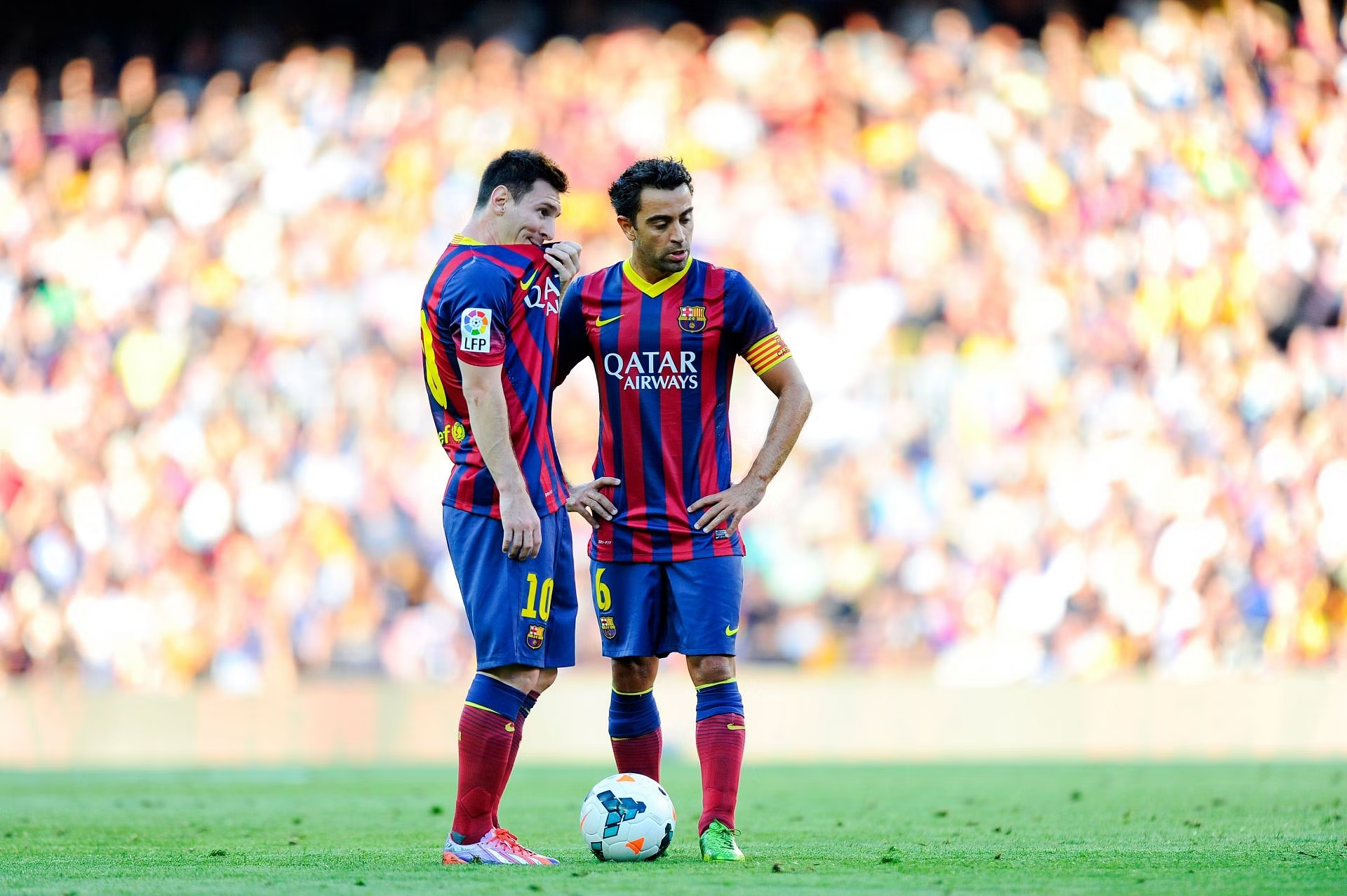 At the end of his career, Xavi was the captain of Barcelona, ​​where Messi played. At the time when Lionel broke into the first team, Xavi was already its main player. The Spanish metronome was also an alumnus of La Masia.

Xavi was on the pitch the day Messi made his debut for the club in October 2004. The pair played 398 matches together between 2004 and 2015 before Xavi left. Together they scored 42 goals.

Xavi is the last Barça captain to win the Champions League with Messi in 2015. His last game with the Argentine was the final against Juve, in which the Pomegranates won 3:1. 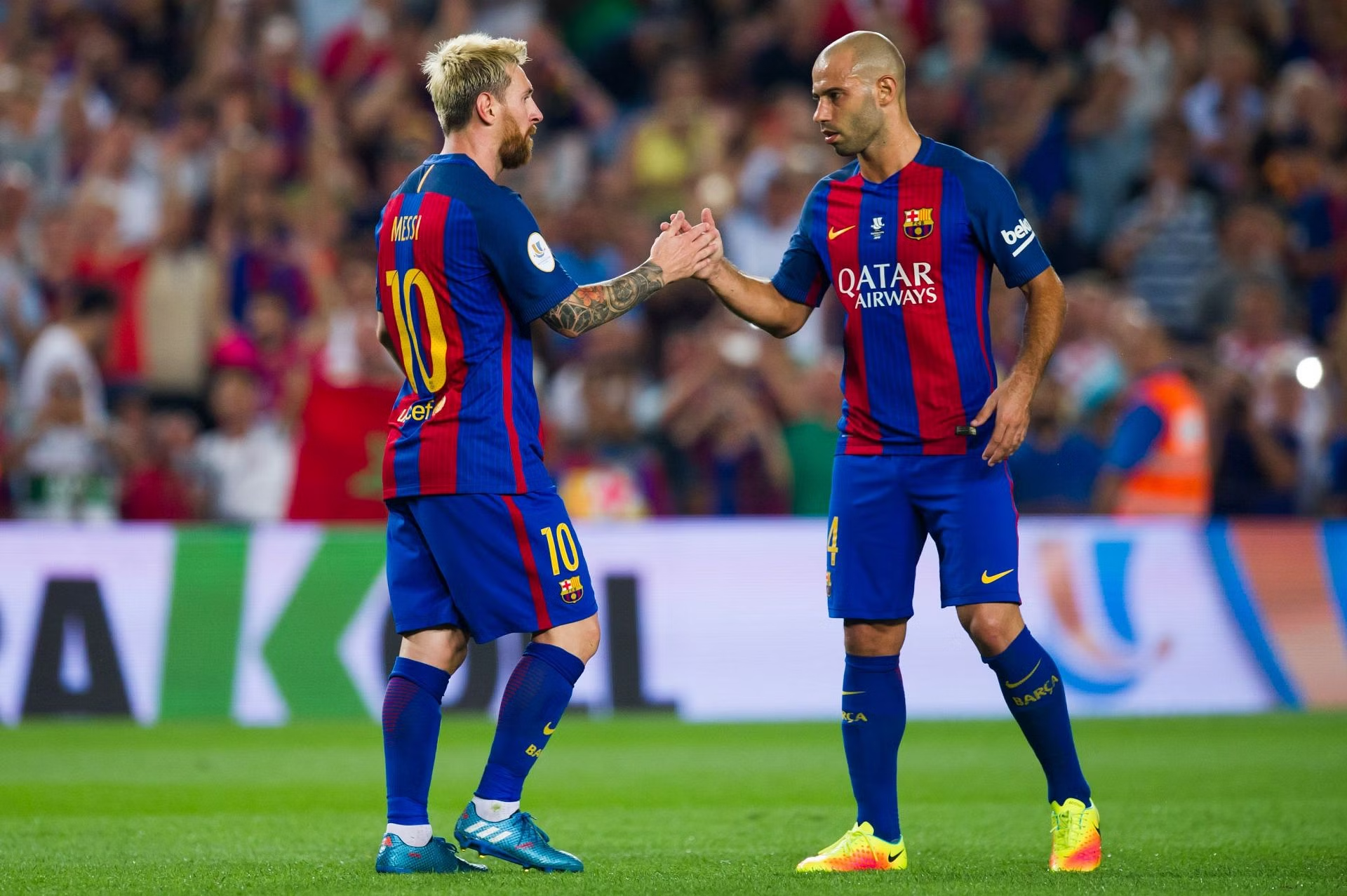 Unlike the rest of the rating, this is the only representative of him who played with Messi both in the club and in the national team. For a time, Mascherano was the captain of the Argentina national team for which Leo played. Now he has finished his career and led the youth team of Argentina.

Messi and Mascherano first played together in May 2005 in a friendly match against Angola. The duo also represented their country at the 2006 World Cup and Copa America 2007. They have joint Olympic gold in 2008.

At club level, the first game took place in September 2010, when Mascherano came to Barça looking for Liverpool. The last joint match was a defeat from France (4:3) in the 1/8 finals of the 2018 World Cup.

Messi recently broke Mascherano’s record to become Argentina’s highest scoring player in history. In 2021, Leo was made the captain of the national team and he just replaced Javier. 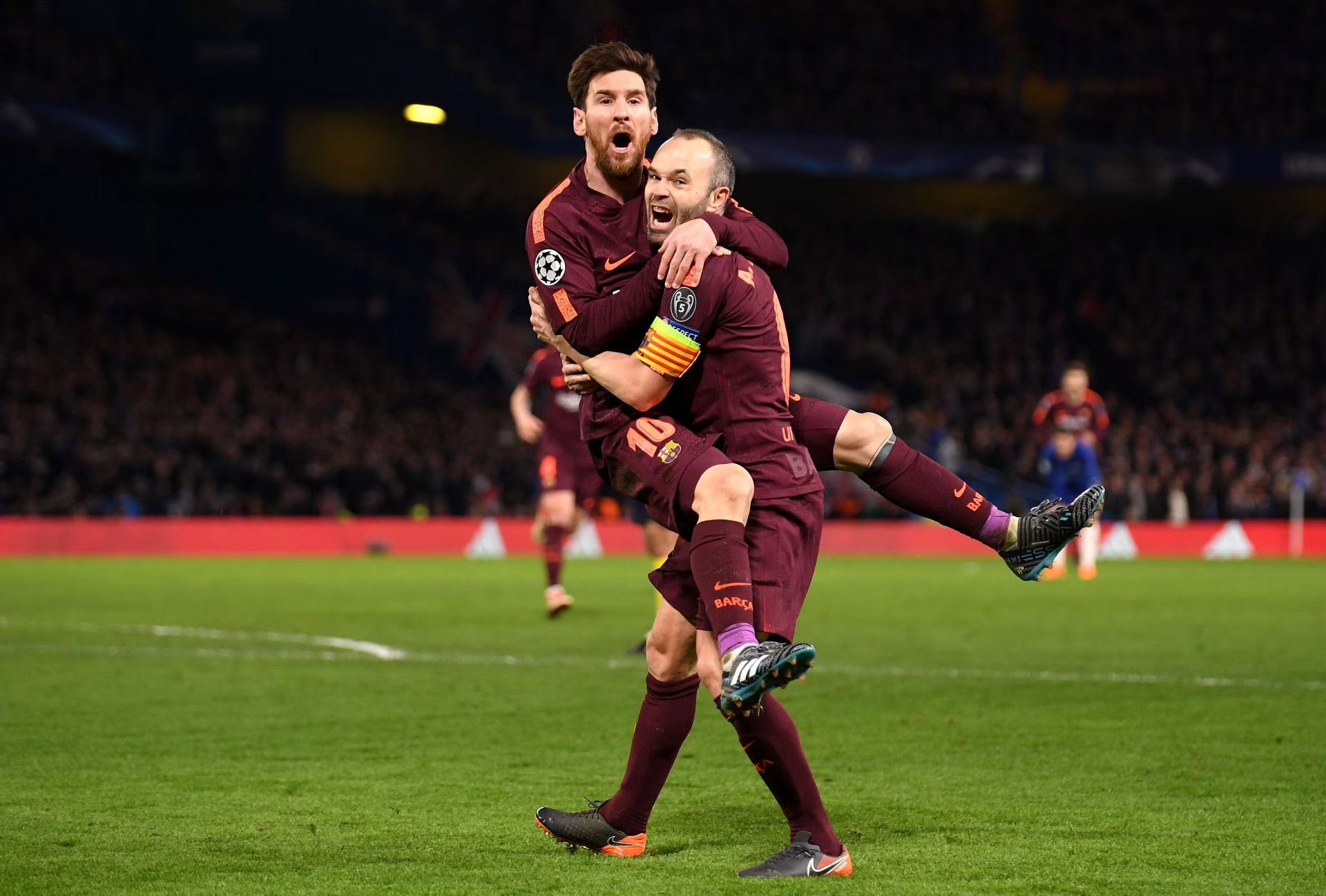 Lionel Messi became the captain of Barcelona after the departure of Andres Iniesta, but before that he spent many unforgettable seasons together. They understood and complemented each other very well.

Iniesta went through the entire club system and at the time of his debut, Messi was already a first team player. They first took to the field together in a derby against Espanyol in October 2004. Both started on the bench, and the team won 1-0.

In total, the pair spent 489 games together and scored 53 years. The last joint match was a winning game against Sociedad in 2018.

Messi and Iniesta were the central figures of one of the most dominant teams in the world. Together they won two trebles and many other important trophies. 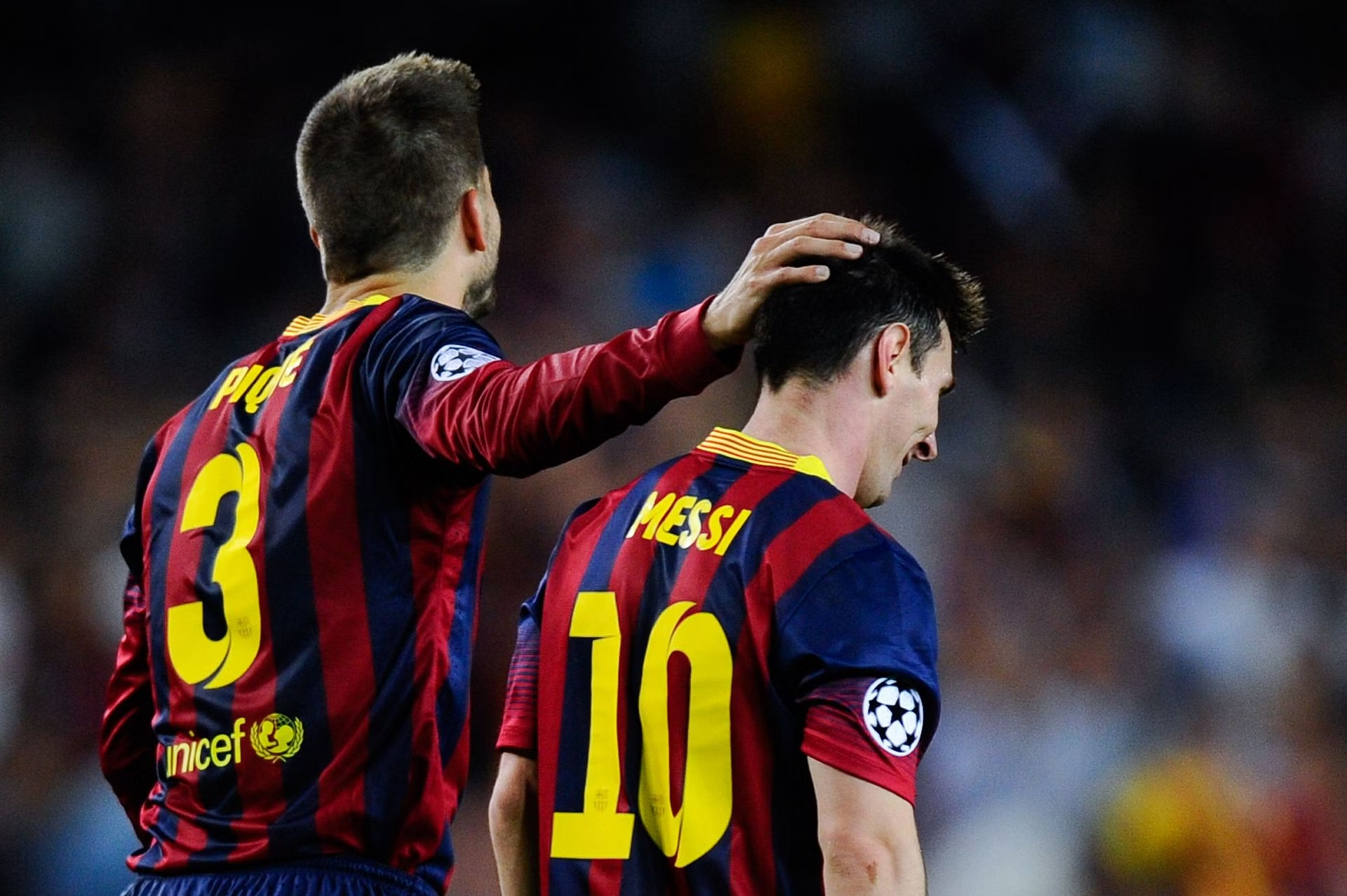 It’s rather surprising to see Gerard Piqué so high given his performance at United. However, the Spanish defender was part of the “Class of 87” that represented La Masia’s famed academy.

Pique and Messi started together in the academy, and only then the defender went to the Premier League. Their first joint match took place in September 2008 against Racing.

The couple were inseparable for 13 years and they spent 506 games together. The last time they played together was in May 2021, when Celta Vigo defeated Barcelona at the Camp Nou.

Piqué, Messi and Fabregas were in the Class of 87 and also played together for the first team. Piqué has had great success with Leo and has witnessed his growth and better play more than anyone else. Since then, the defender has already finished with football, having played a couple of games this season. 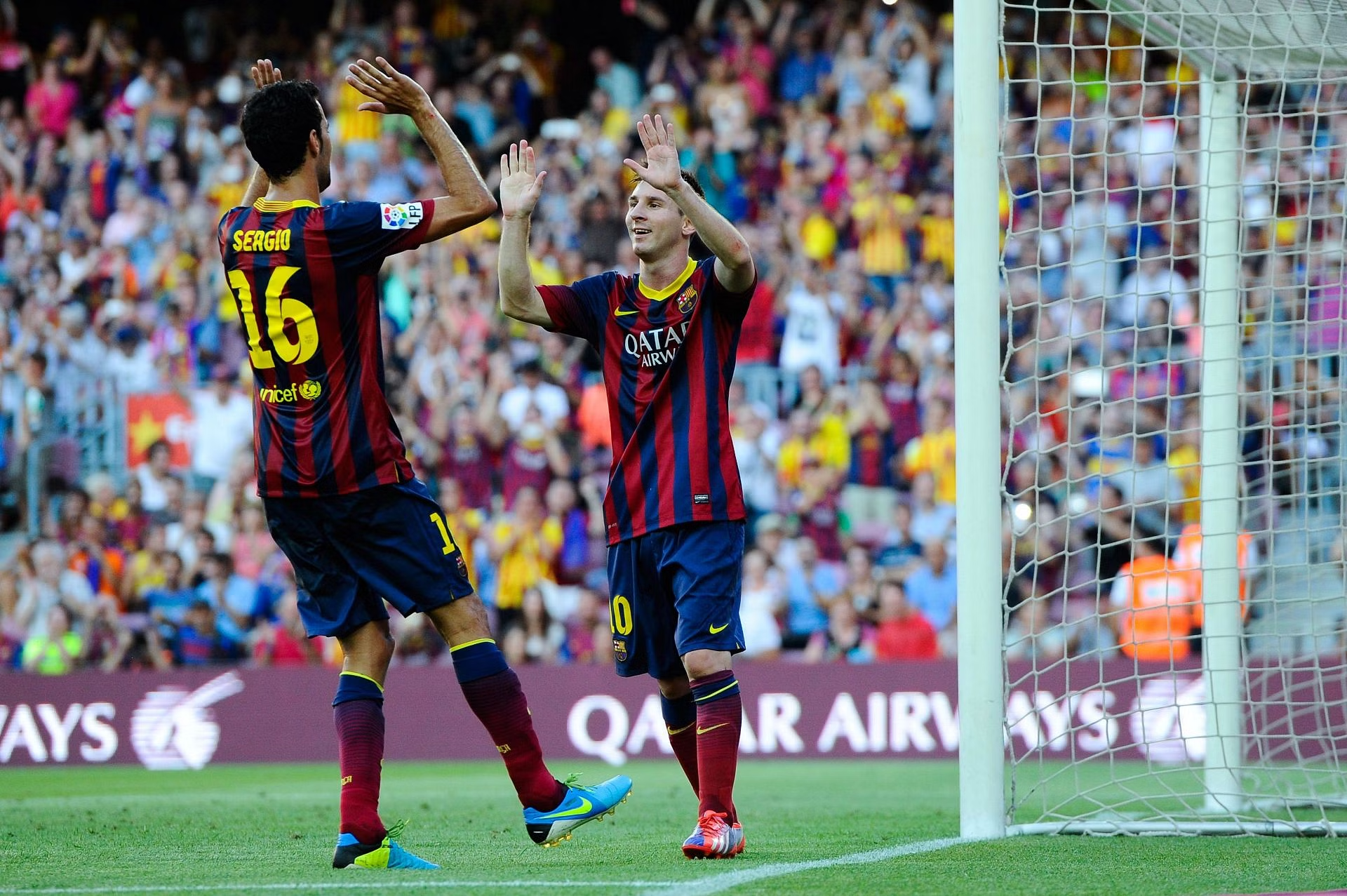 Of all his teammates, Lionel Messi played the most games with Sergi Busquets. The pair have been key at Barcelona for nearly a decade.

Like Messi, Busquets was promoted from La Masia. The midfielder was transferred by Guardiola in 2008 when he took over as head coach of the first team. The first joint match between the two players was in September 2008 against Racing. In total, they played 567 games together, and the last game was in May 2021, a 2-1 defeat against Celta.

During their time together, Busquets has developed into one of the best defensive midfielders in the world. Through his deeper role, he helped set the tone for what Messi and company were doing up the pitch. The duo won every possible trophy together, taking the club to new heights.